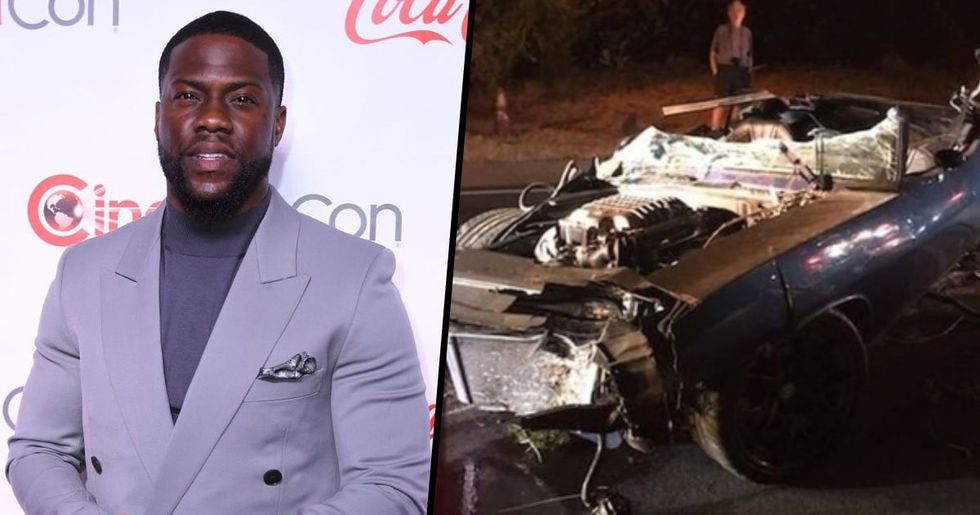 His fate has remained uncertain.

People on Twitter are hoping and praying that he will make a full recovery.

It has been revealed that Hart underwent major spinal surgery on Sunday evening, just hours after the crash. He has reportedly fractured his spine in 3 different places.

Sources told TMZ that the surgery on Sunday night involved fusing 2 fractures in his upper back and 1 in his lower.

Kevin is reportedly in a lot of pain.

Although the surgery was a success, Kevin is still going through hell. The source told TMZ that he has to be heavily medicated because the pain is just too intense.

Luckily for Kevin, his doctors reportedly expect him to make a full recovery, but it's going to be a long and grueling journey and he faces months of rehabilitation to get himself back onto his feet. We wish Kevin a speedy recovery.