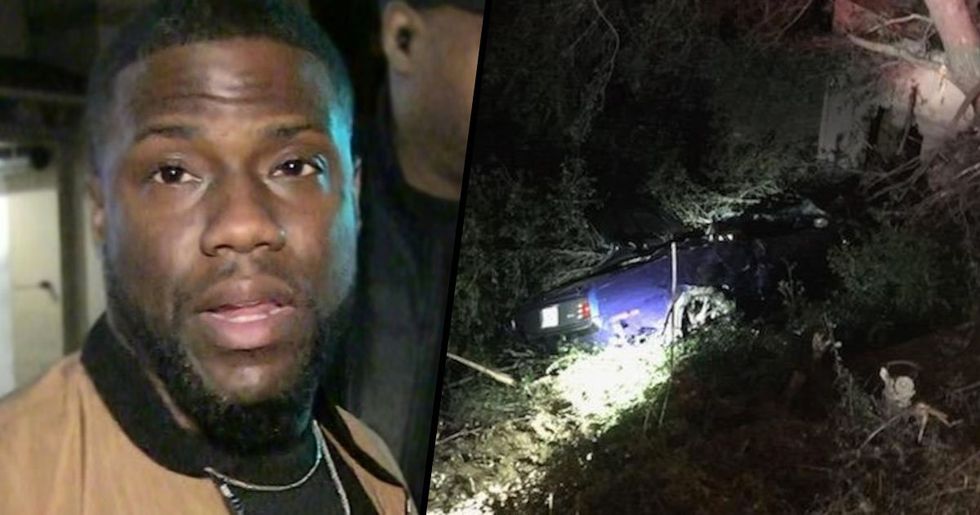 Kevin Hart Will Require Months of Rehab After Car Crash

Hart was accompanied in the vehicle by 2 other people and managed to escape the written-off car, which had been rolled over onto its back, to find help. Though it is a miracle that no one died in horrific accident, it has been reported that Hart and his friend, Jared Black, have both suffered "major back injuries."

And now, we finally have an update on Kevin's condition. Keep reading to see footage from the devastating crash and to hear the extent of his injuries.

But his fate has thus far remained unknown.

And the extent of his injuries hasn't been fully detailed.

Fans have been left speculating whether Kevin will ever fully recover from his injuries.

But, now, we have the update we've all been waiting for.

Sources close to Kevin told TMZ that, after the success of his back surgery on Sunday, the actor is expected to be released from the hospital by the end of the week.

However, he isn't out of the woods just yet.

He'll have a heavy physical therapy workload in the coming weeks, along with a steady schedule of follow-up doctors' appointments. We wish Kevin a speedy recovery.