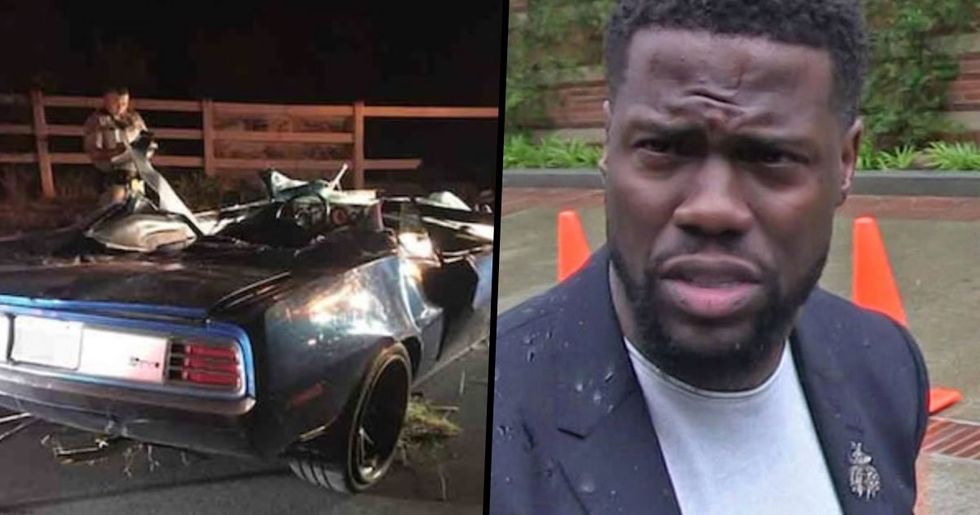 Keep reading to see footage from the devastating crash and to hear what has happened since the horrifying incident.

He is expected to remain in the hospital for a few more days...

A source close to Hart told TMZ that he will need plenty of time to recover from the back surgery in order to get back onto his feet.

This surgery was needed despite Hart managing to walk away from the accident...

TMZ also reported that Hart "walked away from the accident" with assistance from his bodyguard before being rushed to the hospital when his surgery was quickly scheduled.

Many have questioned the fact that Hart was able to walk...

But it has also been argued that, despite Hart being able to walk with assistance, his injuries were still severe enough to need surgery.

The details about his injuries remain hazy, and only time will tell if he recovers fully from surgery; leaving people on Twitter to simply hope and pray that he will make a full recovery.

The extent of his injuries is still currently unclear.

And whether Kevin will ever fully recover from this horrific accident remains unknown, but things are looking hopeful after his surgery. We send all our love to Kevin and Jared and wish them a speedy recovery.