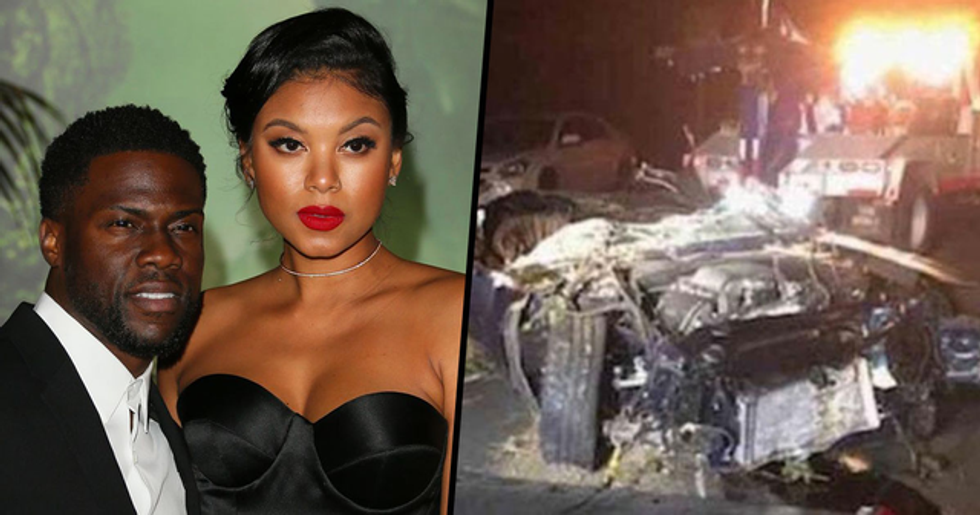 And now, following Kevin's back surgery, his wife, Eniko Parrish, has spoken out about his condition following the surgery.

Keep reading to hear what she said, which sheds some heartwarming light onto the situation.

But his fate has thus far been unclear.

The extent of his injuries hasn't been disclosed.

And people have been left worried as to whether Kevin will ever fully recover from this horrific accident.

But, now, Kevin's wife has spoken out.

Eniko Parrish, thirty-five, is a Baltimore-born model who met the comedian back in 2009. She accepted his marriage proposal when he popped the question on her thirtieth birthday.

In a lavish ceremony 2 years after the proposal. Eniko took to Instagram to share some happy snaps from the day, captioning her post with: "A successful marriage needs understanding, forgiving mistakes, and falling in love with the same person over & over! Wishing that this hangover of love never fades away! Happy wedding!" I love you guys! Now let’s make some babies!"

They have a twenty-one-month-old son, Henzo, while Kevin is also dad to Heaven, fourteen, and eleven-year-old Hendrix from his first marriage.

And, now, Eniko has spoken out about the accident.

A source connected to Kevin told TMZ that doctors had completed a successful back surgery on Kevin Sunday evening. And yesterday, reporters from TMZ approached Eniko on her way back into the hospital from an apparent coffee run.

But, despite her tired demeanor, she told reporters that her husband is “going to be just fine." Though any details about his surgery are still unclear, it is a massive relief to hear that the comedian is out of dangerous waters. We wish Kevin and Jared both a speedy recovery.