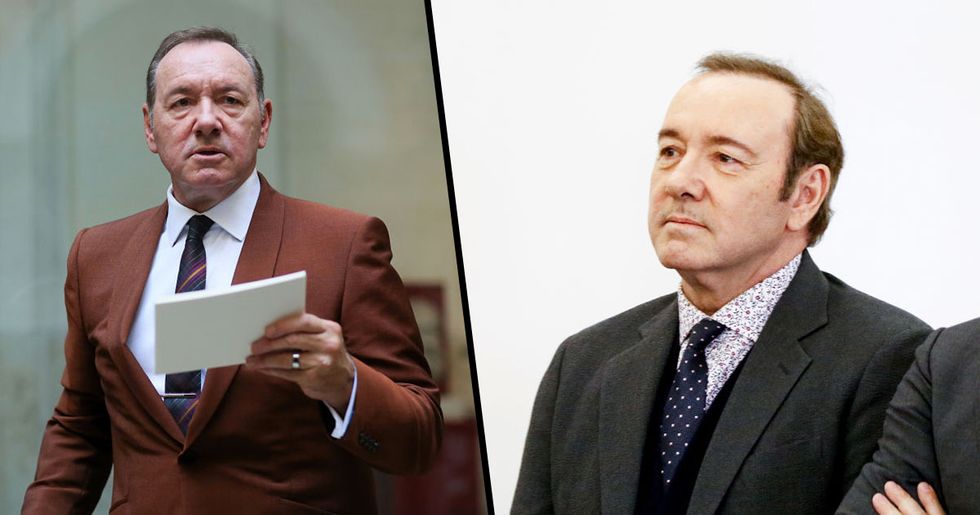 Since 2017, actor, Kevin Spacey's, career has gone slowly downhill due to a series of sexual assault allegations made against him.

The world has been in a never-ending debate over whether Spacey is innocent or guilty of these crimes, but nevertheless, the actor has been completely rejected from the showbiz world.

After "John Doe," the man who accused Spacey of sexual assault, passed away, everyone was hoping the case could still continue, but that won't be the case anymore since it was recently announced that it would be dropped.

Keep reading to find out the reasons why.

Kevin Spacey is a timeless face of Hollywood...

This was, of course, until the sixty-year-old actor was accused of sexual assault back in 2017.

It all started with actor, Anthony Rapp...

In an interview with BuzzFeed News, Rapp claimed that Spacey made sexual advances towards him when he was just fourteen-years-old.

The alleged assault happened at a party in Toronto in 1986...

Spacey, who was twenty-six-years-old at the time, apparently laid on top of Rapp and tried to "seduce him."

Spacey claimed to have no memory of the incident...

In a public statement, he said that he was "beyond horrified to hear this story," and, as it was over thirty years ago, he "honestly does not remember the encounter." "I owe him the sincerest apology for what would have been deeply inappropriate drunken behavior," he went on to say.

This was the moment in which Spacey chose to come out as gay.

Which was heavily criticized, not because of his identity, but because of the timing. Gay Times editor, Josh Rivers, told the BBC: "He doesn't get a pass just because he's gay."

More allegations were made against the actor.

Mexican actor, Roberto Cavazos, claimed that he had a couple of "nasty encounters" with Spacey when working together. Tony Montana also made claims against him in an interview with Radar Online, in which he said that he was "forcefully groped" by Spacey in a Los Angeles bar in 2003.

In November 2017, a crew member from House of Cards complained about a gesture and remark that Spacey made in 2012.

This lead on to Netflix refusing to be involved with House of Cards further if Spacey was going to be a part of the production. They also put a stop to the release of the movie Gore that Spacey starred in.

Things only began to get worse for the actor...

To this very day, a total of thirty individuals made allegations against Spacey that came from both the U.S. and Britain. He was removed from all upcoming productions that he was involved with and formal investigations were underway.

In December 2018, Spacey was charged with the sexual assault of a teenager at a bar in Massachusetts in 2016.

But, earlier this year, prosecutors in Massachusetts dropped the criminal case relating to indecent assault and battery, which stemmed from this charge.

One of the accusers was a man who went by the name John Doe...

This man wanted to keep his identity private and confidential, so he went under the court's alias name throughout the trial.

John Doe was a massage therapist...

He claimed to have been attacked by the actor 3 years ago in Malibu during a massage session.

The allegations that John Doe made against Spacey were chilling...

The lawsuit alleged that Spacey had grabbed the masseur's hand and had guided it to his genitals. He was also accused of grabbing the victim's shoulders and attempting to kiss and grope him. It was when Spacey asked the masseur to perform a sexual act, when John Doe ran from the situation.

But John Doe went on to sue him for sexual battery, gender violence, battery, assault, intentional infliction of emotional distress, and false imprisonment.

It was confirmed on the 11th of September that John Doe had passed away.

The Sun reported that the filing said: "No further information or details have been given to Mr. Fowler’s counsel (real name Kevin Fowler), but Plaintiff’s counsel stated they intended to notify the Court with additional information at an appropriate time in the future."

We were hoping the lawsuit could still go on in the wake of his death...

However, that doesn't seem it is going to be the case anymore.

Yesterday, the charges against Spacey were dropped.

The announcement was made by the LA County District Attorney’s office who outlined the reasons behind this decision.

A spokesperson said this:

"The sexual assault allegations cannot be proven without the participation of the victim. Thus, the case was declined."

The man had also sued Spacey in another case...

And the decision behind that one remains pending in federal court.

And Police in London are still investigating other charges against him.

However, there have been no further updates on the inquiry.