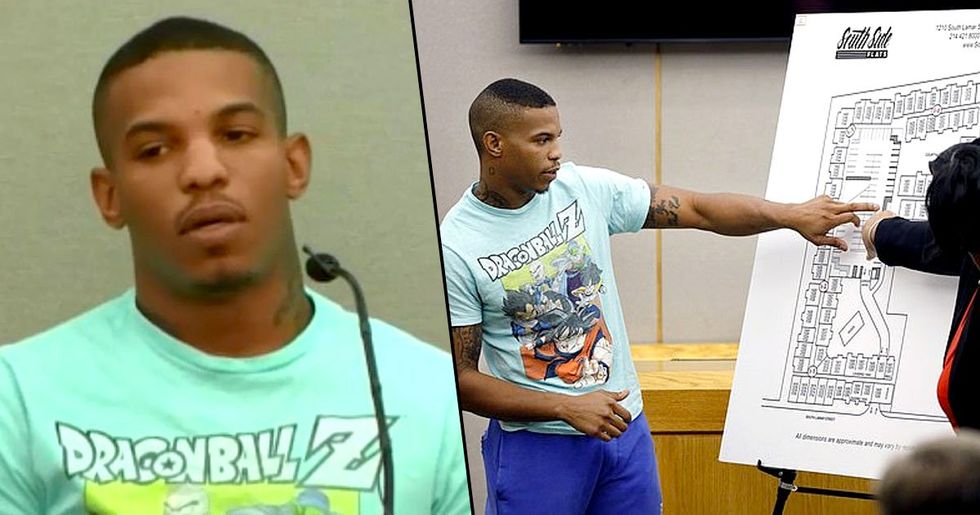 The court found holes in her defense. She was found guilty and sentenced to ten years in prison.

However now, one of the key witnesses who testified against Guyger, has been shot dead just days after the guilty verdict. Keep scrolling to read the full story.

The jury, which found Guyger guilty of murder on Tuesday, reached a unanimous decision on the sentence after listening to Jean's and Guyger’s families, friends, and coworkers over 2 days of emotional testimony.

One of they key witnesses in the trial was Jean's neighbor.

Botham Jean's neighbor, Joshua Brown, was one of the key witnesses in the trial which saw Guyger imprisoned.

But just days after the guilty verdict, Brown has been found dead.

He is believed to have been killed in a drive-by shooting.

Eyewitness told police they saw a 4-door silver sedan speeding through the parking lot of the complex after the shots were fired. However at the time of writing, no suspects or motive have been identified by police.

Brown's testimony was key to the trial that put Guyger behind bars.

Brown testified against Guyger just days ago, claiming she never shouted any commands a police officer would typically shout at a suspect before opening fire. Brown added he heard what sounded like 'two people meeting by surprise' and then two gunshots. He was emotional during his testimony, using his t-shirt to wipe away the tears, adding that he met Jean for the first time earlier on that same day.

Many believe Brown's killing to be a revenge killing for his testimony.

Although nothing is confirmed at the minute, many believe Brown was shot dead as revenge or retaliation for his testimony against Guyger. However others are claiming it was a revenge killing for another matter entirely. As of yet, nothing is certain. Dallas Police Department, who Guyger formerly worked for, are currently investigating.