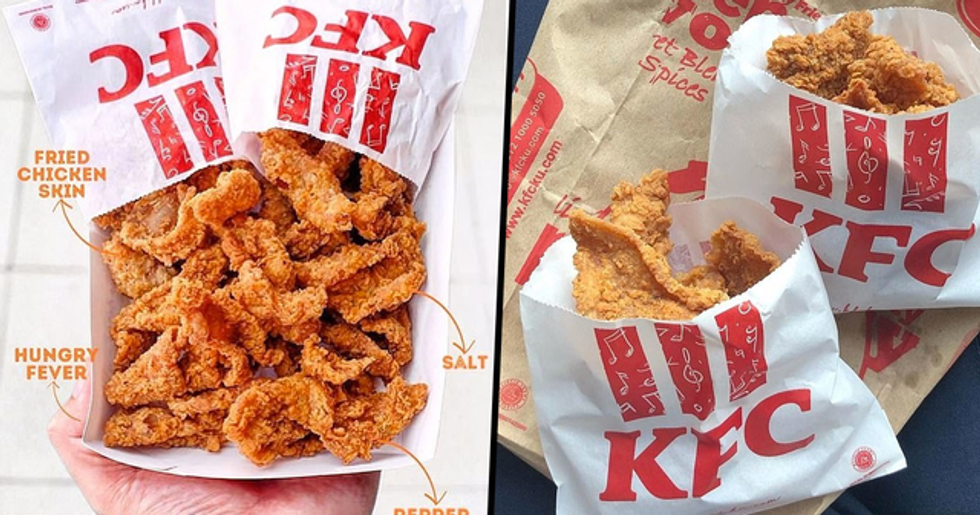 If you're into trying weird and wonderful foods, best believe the fast food industry is there to cater to do. From a full bucket of mac and cheese to ketchup caviar, they're there at the forefront of food innovation. But whether that's a good thing or not? Honestly, that's still up for debate.

The latest in the long list of the most bizarre junk food options out there, though, is perhaps the most bizarre yet. KFC, never one to shy away from strange food trends (fried chicken as a burger bun, anyone?) have really come through with their latest offering. They're now selling a fried chicken product that stretches the definition of the word.

And if you think that sounds gross, you've not seen anything yet, take a look at the weirdest foods that are out there...

I love Oreos. But I can't eat Double-Stuf. They're so gross. Too much filling. So these would absolutely ruin me. Regular Oreos and Oreo Thins got the ratio right, and we should stop now.

And the product which started it all.

KFC has recently announced they're making fried chicken skins - for those who want the taste of chicken, without any of that annoying meat. If you're feeling enticed, though, we're sorry to say they're only available in Indonesia at this time - but you can cross your fingers for the future!