Many organizations have spoken out on the ad. | 22 Words 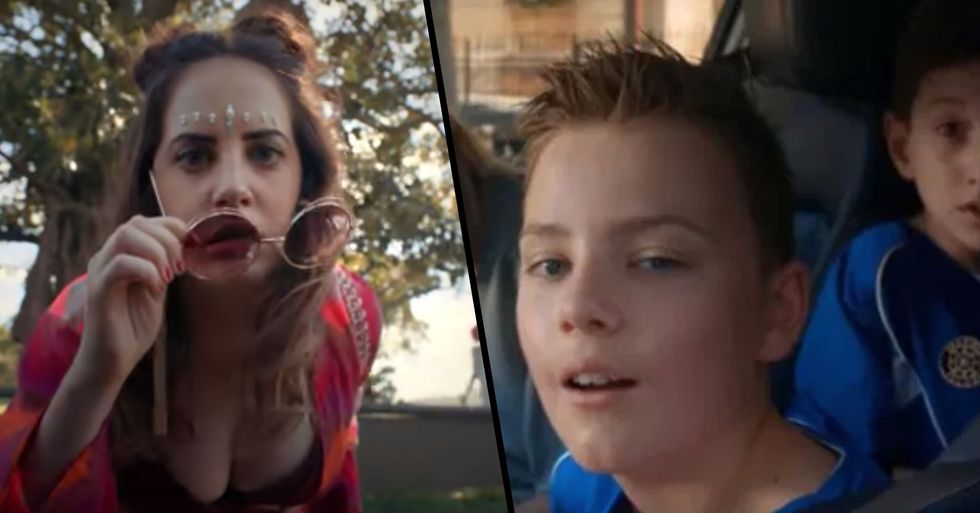 Another day, another massive blunder by a huge conglomerate. It seems the brands will just never learn!

The latest advert to have the internet rolling their eyes? It comes from fried chicken giant KFC - and people are not happy with the contents. Do you think it's sexist? Scroll on to see for yourself.

Advertising is an important part of business.

But in this day and age, it seems they're also basically an inescapable part of all of life.

To many, ads are just an annoyance.

Feeling like you're constantly being bombarded with messages to buy buy buy can be a little exhausting.

And boy, can adverts be irritating.

The idea of a successful advert is to grab attention and to stay in your head - so annoying can be rather lucrative.

But there's an even more pernicious trend in the ad industry.

In order to grab attention (and thus customers) amidst the constant noise, ads are becoming increasingly "outrageous." And by outrageous, we mean offensive.

And the latest brand to fall victim to this pernicious trend?

None other than everyone's favorite fried chicken company, KFC. Yikes.

The ad in question is for the Zinger Box.

And in just 7 seconds, it seems to have offended basically everybody online.

Because they've managed to make a wholesome fast-food meal into a big ole sexist mess.

It starts with one woman checking herself out.

But it's not a mirror she's looking in.

The woman in question is actually adjusting her ... assets in a car window.

We can all guess what happens next, right?

The window rolls down - revealing some very grateful viewers.

Here she is checking out her butt.

Even we know using a stationary car as a mirror is a recipe for disaster.

The window reveals some appreciative viewers. Also - why are they little kids?

Inexplicably, she "fixes" the situation by suggesting a KFC.

The world of advertising really is a mystery to us.

But even worse than the nonsensical aspects of the ad?

Many are calling it out for its rather problematic approach to gender roles.

Many organizations have spoken out on the ad.

Collective Shout spokeswoman, Melinda Liszewski, points out the boys are depicted as "helplessly transfixed when confronted with the opportunity to ogle a woman’s body."

"Ads like this reinforce the false idea that we can’t expect better from boys."

"It is another manifestation of the 'boys will be boys' trope, hampering our ability to challenge sexist ideas."

"These contribute to harmful behavior towards women and girls."

And this spills over into real life. "The research is solid: attitudes shape behavior."

This means this ad could have real-life (and highly negative) consequences.

"A growing number of reports show how re-enforcing of gender stereotypes – including in advertising – contributes to a lesser view of women, resulting in their mistreatment."

KFC has issued a statement of apology.

"We apologize if anyone was offended by our latest commercial. Our intention was not to stereotype women and young boys in a negative light."

But as of yet, there are no plans to pull the ad.

Want more KFC controversy? Scroll on for one of their most bizarre menu items, ever.