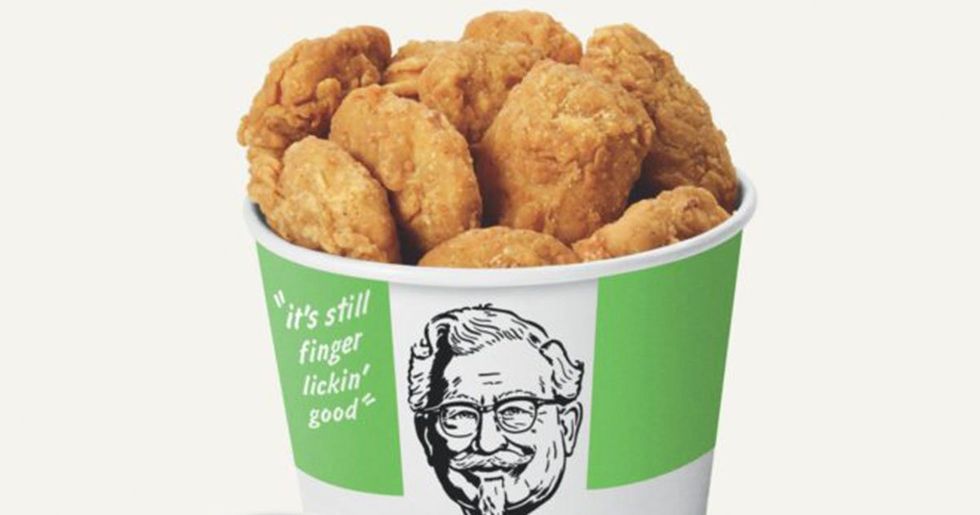 It's pretty much universally known now that going vegan is really the only option to be an environmentally-conscious consumer. The problem? It seems almost as if the world wants us to eat meat. Perhaps it's a capitalist conspiracy, or perhaps we're all just weak, but meat is still a huge part of many of our lives.

But as we become more and more woke to the evils of the meat industry and the dangers that consuming animals poses to our planet, companies are becoming more willing to cater to plant-based customers. The latest (slightly surprising) company to do so? Chicken empire, KFC. Their vegan "chicken" launched this week - and the internet is pretty intrigued.

If you haven't noticed, the world is kind of in a crisis.

The effects of climate change are becoming more and more disastrous every day - and the governments of the world seem fundamentally unwilling to take on any real projects for change.

Many people, though, are making valuable changes in their lives.

And one of the most environmentally friendly decisions a person can make? Going vegan. Cutting consumption from the meat and dairy industry massively reduces a person's carbon footprint.

But, for many, going began sounds tricky.

As many of us have been brought up eating meat and dairy products in almost every meal and snack, going vegan can seem basically impossible.

And there are certain food items which are basically just off-limits.

Going vegan can massively limit your ability to enjoy one certain genre - that of fast food.

Because, as more and more of us consider attempting a plant-based lifestyle, companies focused on creating meat alternatives have really come to the foreground. Beyond Meat is one of the biggest out there.

And Beyond Meat has teamed up with one of the biggest meat-proponents out there.

KFC's love for chicken is built into the company name.  "If you would have asked me six months ago, I would have said no, to be completely honest with you," the president of KFC's U.S. business, Kevin Hochman said. "Because we're about fried chicken."

But vegans shouldn't get too excited just yet.

Because, for now, the menu item is going to be tested out in just one KFC location, in Atlanta, Georgia. They're planning to wait for customer feedback before deciding whether to introduce the menu item nationwide.

Many are still pretty thrilled.

The fact that companies are willing to invest in making life easier for vegans is an undeniably good thing.

Although some are a little skeptical.

The fact is, a lot of "vegan" fast food menu items tend to be cooked in the same oils and on the same hot plates as the meat - rendering them less than meat-free.

But others are pretty pleased.

Not to mention hungry! And if you're looking for a KFC menu item which is distinctly non-vegan, keep scrolling.