Khal Drogo Could Be Resurrected in Final Season, According to Fan Theory | 22 Words 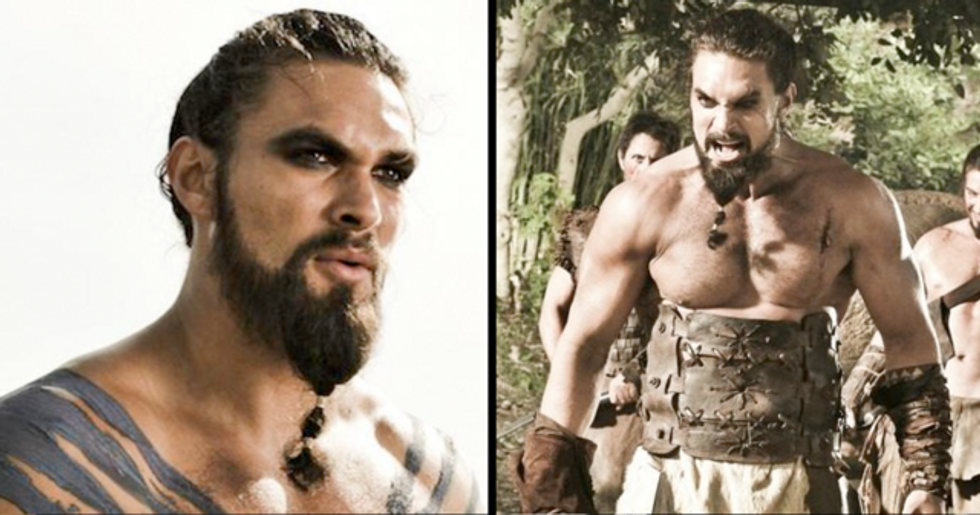 Khal Drogo Could Be Resurrected in Final Season, According to Fan Theory

For anyone who has been living under a rock, you may have missed the news that the most epic show on television is approaching its end.

The final season of Game Of Thrones premiered last night and, as you'd expect from a show with both nudity and dragons, the internet has gone wild.

As the complex story comes to an end, fans are speculating about how things will conclude and who will sit on the Iron Throne.

Fan theories are many and incredibly varied, but with five episodes to go, everything is still up in the air.

One theory which has surfaced post-premiere concerns a fan favorite character who never made it past season one.

Daenerys's first love, Khal Drogo who was killed off by a combination of euthanasia, witchcraft and an infection, but some think he might be due a comeback.

They've even found some evidence to support their theory, and we've got it all right here.

Game Of Thrones is more than just a television show.

It's a legitimate cultural phenomenon - even those who haven't seen it have surely felt its impact.

Which is quite surprising, giving the difficult subject matter.

The story, set primarily in the fictional country of Westeros, deals with the political games of different noble families as they compete for the throne.

GoT has some of the most interesting and complex characters ever seen on television. At its heart, it's a human drama.

There are many reasons to love the show.

It combines some of the most beautifully shot television of all time with stunning performances and incredible storylines.

The elements of fantasy serve to give the show an edge.

For example, the advance of the terrifying, zombie-esque White Walkers, headed by the Night King, adds another layer of menace to the Game Of Thrones universe.

There are also dragons.

As if you thought the show couldn't get any more badass.

There have been seven seasons of the show so far.

And last night, the world went crazy with excitement, as the long-awaited eights season hit screens.

Not only is this a new season, but it's also the last season - meaning all of our most burning questions will finally be answered.

The internet is going to be pretty full of Game Of Thrones in the coming weeks.

And we can't say we're too upset about it! Although we're already dreading that final episode.

The show has left many stories up in the air.

Which has led to certain Game Of Thrones superfans to dedicate themselves to coming up with some truly incredible fan theories.

There's basically a fan theory for every character.

One popular theory is that Bran Stark is actually the Night King, with his mysterious time-traveling powers pointed to as evidence.

Others revolve around Daenerys Targaryen.

Some believe she's going to follow in her father's footsteps, and go full "Mad Queen." She does have a propensity for setting things on fire, after all.

Some fans have made predictions for Jaime and Cersei Lannister.

The pair who are both twins and lovers have a relationship which seems to be coming to an ultimate conclusion - and many believe Jaime will kill Cersei.

There's one theory that's more popular than the rest.

It involves Jon Snow and Daenerys, who met for the first time last season. Now many believe the pair will have a baby together, who will be the ultimate heir to the throne.

But there's another theory which could make this problematic.

He was Daenerys's first love.

The pair fell deeply in love and married in season one. Many think Daenerys has never really gotten over this loss.

Drogo was known for his fearsome ways.

In one of the more terrifying scenes from the show, Drogo murders Daenyrys's awful brother by pouring molten gold onto his head.

He was injured during a fight, and the wound became infected. Daenerys made a bargain with a witch to bring him back to life at the expense of her unborn child.

But the "life" wasn't what she's had in mind.

Drogo was essentially comatose, unable to speak or even recognise his wife. In the end, Daenerys decided to stifle him with a pillow in a tragic mercy killing.

It wasn't totally the last we saw of Drogo.

He appeared in the House of the Undying in Qarth, while Daenerys was on a mission to rescue her dragons, along with the pair's unborn baby.

And many have suspected this wasn't the end.

It seemed there was unfinished business with the character - and many now believe he'll make an appearance in season eight.

There have been growing questions about the future of this character.

Because there was something about the explanation of Drogo's death which didn't seem quite final.

When asked about when he would come back, the witch who cursed him said something strange.

Mirri Maz Duur actually said Drogo could return: "When the sun rises in the west and sets in the east. "When the seas go dry and mountains blow in the wind like leaves."

Which is not the same thing as saying "never" - right?

While it does seem pretty final, there's something about this phrasing that has got people thinking. Could Drogo be set for a comeback?

That wasn't all Mirri Maz Duur said, either.

The last part of her prophesy claimed: "When your womb quickens again, and you bear a living child. "Then he will return, and not before."

Of course, there are a couple of issues with the theory.

For one thing, Khal Drogo was burned in a funeral pyre - the very same one which birthed Daenerys's dragons.

But there's also some facts which could support the theory.

For example, those "seas [going] dry and mountains [blowing] in the wind like leaves"? Surely that's not beyond the realms of possibility now that winter has arrived.

And as for Daenerys's pregnancy?

Well, she did share a night of passion with Jon Snow in season seven and many believe that the pair will have a baby together.

While coming back from the dead isn't common, it's not impossible.

Just ask Beric Dondarrion - or, in fact, the man himself, Jon Snow.

Although that may not mean much, as it seemed a lot of the cast were invited, including many who we're pretty sure aren't coming back. Either way, we're holding out hope!