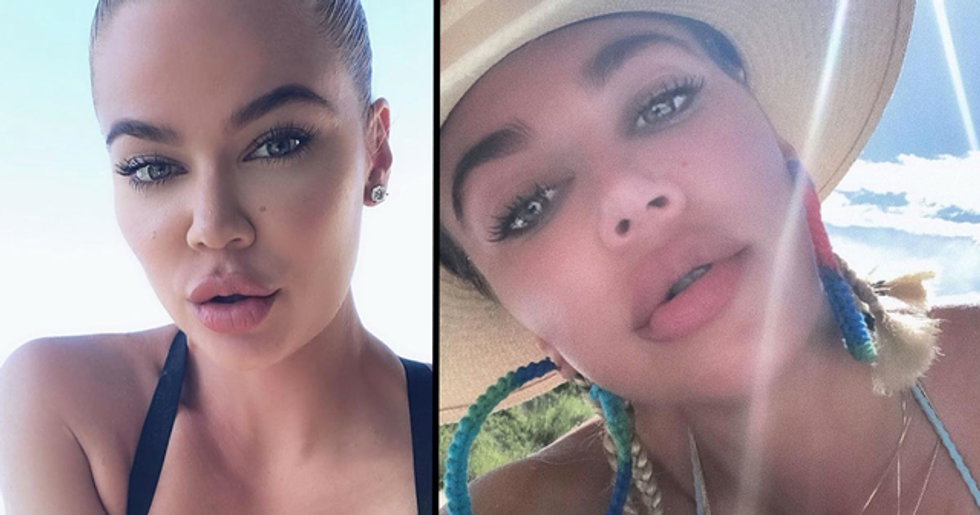 In her latest Insta-pots, Khloe's lips look visibly plumped and fuller, and people are pretty convinced that it's the result of some cosmetic intervention. But instead of owning up to - or at least addressing - the claims, Khloe went for a pretty bizarre strategy. Check out the pictures (and responses) for yourself!

Youngest Kardashian (and the middle sister of the whole Kardashian-Jenner clan) is Khloe. And since the sisters landed on our screens, many have pointed out that she doesn't look quite like her siblings.

Her weight-loss has been well documented on social media and on KUWTK, but her online shilling of potentially harmful weight loss products didn't go unnoticed by her critics.

A couple of months ago, Khloe was accused of having had a rhinoplasty. She denied having gone under the knife, reporting that her totally new nose shape was a result of cleverly applied make-up.

And, now, there's another part of Khloe's body that has come under scrutiny.

One joker commented that Khloe's pout looks swollen, as if she's been fighting. It's true, her lips do look a little painful.

Perhaps Khloe's seeming obsession with cosmetic enhancements isn't something to laugh at - and is actually symptomatic of something pretty sad. Maybe we should all try to be a little bit kinder. In the mood for more Kardashian kontent? Scroll on for their very worst photoshop fails.