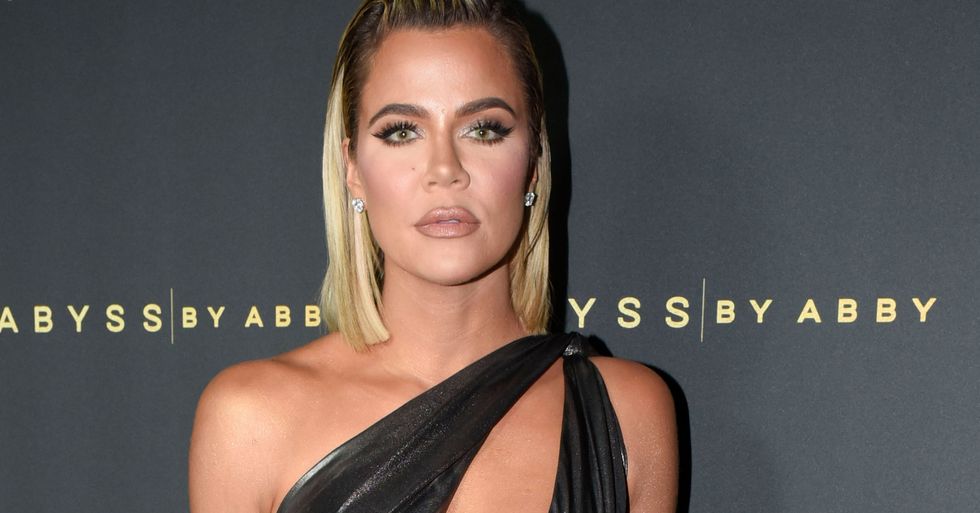 Khloe Kardashian has yet again posted another unrecognizable selfie, and fans have spotted a tell-tale sign of photo-editing.

Khloe Kardashian has started to look more and more unrecognizable over the years...

And fans now think they've sussed out her drastic appearance change from a recent Instagram selfie.

And her most recent Instagram selfie has caused a huge internet debate...

Because fans are convinced Khloe has edited the hell out of it.

The selfie in question looks absolutely nothing like Khloe...

And eagle-eyed fans believe that they've spotted something that gives away that the snap is just one big edit.

There's something fishy about the necklace she is wearing...

And fans have noticed that the chain appears to be missing on the left-hand side.

Khloe's skin is noticeably glowing in the selfie...

Meaning it is almost certain that she has edited the picture to make her skin appear to be silky and flawless... all whilst accidentally erasing the necklace chain around her neck.

For many, this selfie is confirmation of all of the work Khloe has had on her face...

@barstoolsports @KFCradio @KFCBarstool Their plastic surgeon has done some crazy ‘jaw bone shaving” and fillers on them for years.
— RealSunny20 (@RealSunny20)1590261788.0

And fans aren't fooled at all.

Khloe Kardashian who?? Make sure to keep scrolling to read about the racism debate that was sparked over Kim Kardashian's offensive face mask launch...