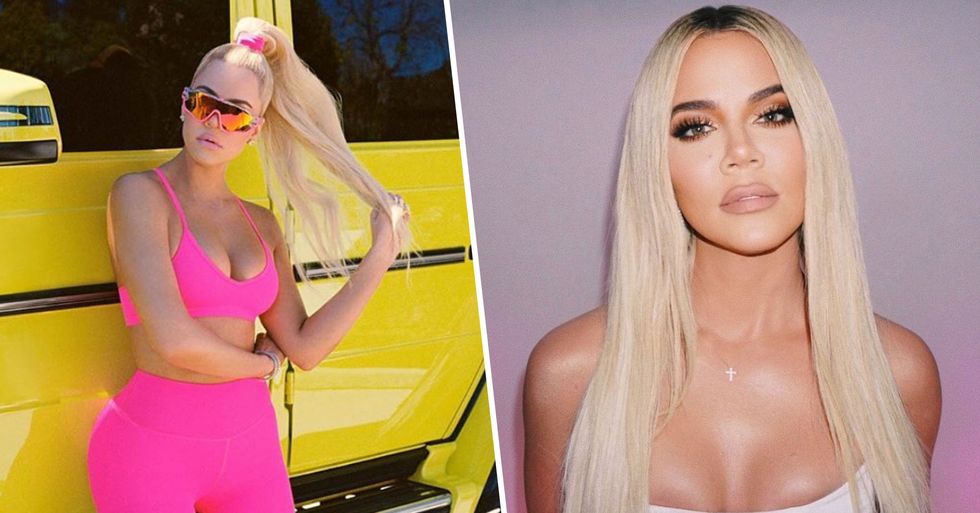 Khloe Kardashian is no stranger to online criticism and trolls, but her most recent move has actually seen the opposite.

Recently, she's stunned fans in a kind gesture in the most unexpected of places...a supermarket.

But of the sisters, there was always "the odd one out."

She's had many other accusations tossed her way.

Last year, Khloe was accused of having had a rhinoplasty. She denied going under the knife, reporting that her totally new nose shape was a result of cleverly applied make-up.

That's not the only way she's changed, either...

A few of the Kardashian sisters are famous for their pouts - but none more so than Kylie, who has even included lips as a part of her cosmetics line's branding. But Khloe may be coming for her "most-plumped" crown.

Here's the first selfie which got all of them eyebrows raised.

But it seemed as though the trolling got a little too much for Khloe...

She simply cannot catch a break...

And the constant criticism and trolling are enough to get on top of anyone.

But Khloe's most recent move has received far from criticism...

And it is something quite difficult to be trolled, we must say.

Khloe has shown some incredibly kind acts of generosity recently...

We are living through a global pandemic and times are incredibly difficult for many people who have been left without jobs. According to sources, Khloe has been hitting up different stores in the Los Angeles area to pay for elderly customers' groceries.

Khloe has covered tabs for shoppers at different Trader Joe’s and Ralphs' supermarkets, which have been opening early to let seniors in before other shoppers.

She also bought store gift cards for over 200 employees throughout the various stores.

Fans have been quick to praise the reality star for her generosity.

"That's what you do when you have more than enough! You share, that’s the right thing to do! Good on you Khloe! That's what my mother and father taught me," one fan wrote online.

And when individuals dragged Khloe for "not donating enough"...

Fans were quick to defend her. "People get a grip on yourselves it doesn’t matter how much or how little she has it’s the thought that counts she did a good deed just because she has a bunch of money doesn’t mean she owes anybody squat she chose to be kind that’s all," one fan wrote.

Keep scrolling to read about sister Kylie Jenner's generous donations towards those struggling from the pandemic...