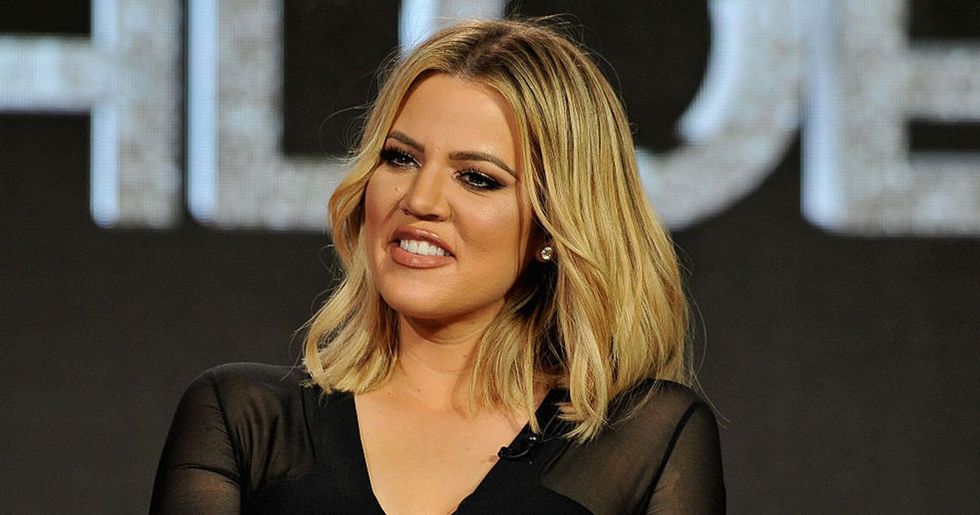 In some recent Insta-pots, Khloe's lips look visibly plumped and fuller, and people are pretty convinced that it's the result of some cosmetic intervention. She's been posting some absolutely unrecognizable snaps, and fans are not best pleased.

Because, recently, Khloe's Insta got a lot of attention.

One joker commented that Khloe's pout looks swollen as if she's been fighting. It's true, her lips do look a little painful.

Perhaps Khloe's seeming obsession with cosmetic enhancements isn't something to laugh at - and is actually symptomatic of something pretty sad.

And in recent weeks, it seems Khloe is doubling down on her new look.

Never afraid of a selfie, Khloe is still posting images that appear designed specifically to show off her... enhancements.

And many aren't too keen.

One fan wrote, "Please stop doing things on your face. Please." It does seem as though Khloe is becoming more and more intense in her cosmetic work.

"You're changing your face too much @khloekardashian." It seems as though Khloe can't post a picture without being flooded with comments about her ever-changing appearance.

But this snap was her most controversial yet.

Khloe posed with a blonde ponytail, full pout, and smokey eye makeup. She captioned the snap, "Happy Monday." But fans were far more focused on one thing - how totally unrecognizable the star looked.

And again, Khloe has had a classic response.

She disabled comments on the post, and followed with an image of a single heart, too. On top of that, Khloe edited the caption of her controversial snap, adding "old photo, but I like it." Are you sure, Khloe?

It seems fans are at the end of their tether.

Because they believe the way Khloe presents herself on Instagram is dishonest - and frankly, irresponsible.

It's no secret that Khloe looks quite different in real life.

Celeb Face dedicates itself to exposing celebrities for editing pics.

Their account is full of side by sides of candid shots vs. the images celebrities choose to post.

And followers have responded in kind.

"The first one isn't her no way I refuse to believe. That's a whole new face," writes one. "God she just abused Photoshop," said another.

The account compiled a whole host of different Khloe pictures to show the extent of her editing.

They compiled a collage of the snaps.

"Kinda sad that one can be rich and famous and still not be pleased by how they look," commented a follower.

Like this misshapen earring, which seems to prove Khloe had edited the image.

And Khloe hasn't just been changing her face.

This picture seems to suggest Khloe is also editing her body - here she posts an image with a visibly smaller butt.

And others pointed out one thing.

It's not like any of us don't know what Khloe really looks like. "Man she acts like we can't all see her on TV," one fan states. But Khloe isn't the only Kardashian accused of editing her snaps... Scroll on for all their worst photoshop fails.