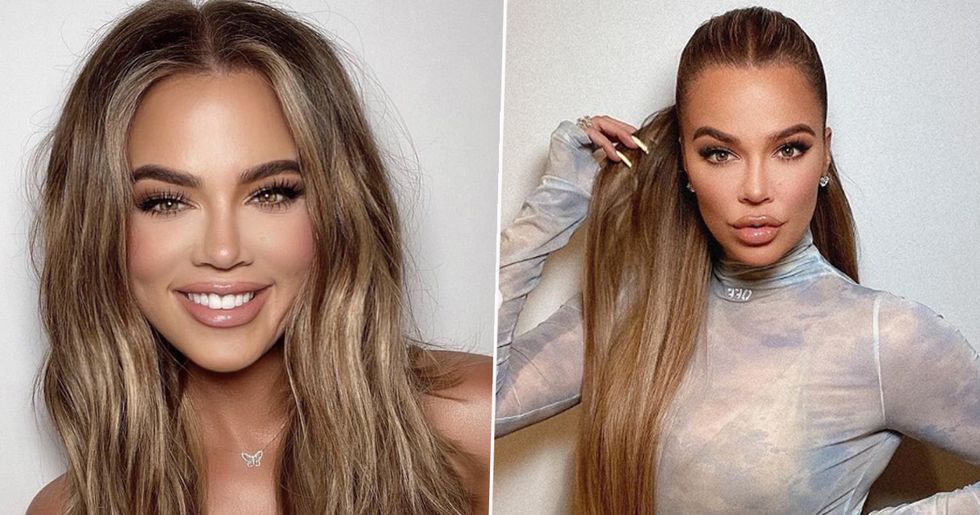 For over sixteen seasons, the world has kept up with all things Kardashian/Jenner through the family's hit reality show. From sibling drama and seventy-two-day marriages (we're looking at you, Kim) to lavish getaways and, of course, Caitlyn Jenner's transition, we've seen it all unfold on screen.

And now Khloe has found herself in the news, after two comparison photos of her have gone viral revealing what she actually looks like.

But now Khloe has revealed some exciting news...

Over the years, Khloe Kardashian has drastically changed her appearance...

One recent selfie had fans telling her to simply "pick a face" and stick with it.

For most of her life, Khloe has been under a colossal amount of pressure to resemble her sisters.

The infamous Kardashian sisters have built viable careers out of... Well, not much really. Just glamour and good looks which, in a way, is a talent in itself.

But of the sisters, there was always somewhat of an odd one out.

Either way, over the years, Khloe has moved away from her more unique look and has started looking more and more... well, Kardashian-esque.

She really is unrecognizable, isn't she?

And many don't even recognize Khloe anymore.

So many of her Instagram selfies has caused huge internet debates...

Because fans are convinced Khloe has edited the hell out of all of them.

One Instagram photo had her fans saying the same thing...

She must have several different faces.

Take a look at the photo in question.

Have you had a secret face transplant, Khloe?

Just for a closer look...

Who even is that?!

Well, fans aren't too convinced regarding the legitimacy of the photograph...

And many are speculating that photoshop may be the answer to her, quite frankly, different face.

And many are urging the reality star to just pick a face a settle with it.

And others have been mistaking her for other celebrities, such as Ariana Grande and Madison Bear...

The love child of two icons... I can get on board with that.

Well that's why you're here. Because a 'filter fail' has gone viral, with one Twitter user sharing the photo alongside a KUWTK snap, revealing what Khloe actually looks like. And fans can't believe it.

It's weird to me, these famous people who share these images of themselves looking nothing like they look in real life, as if we're not going to be able to figure out they photoshop the last dying breath out of every photo.

Her face is completely different. Shes gorgeous either way, no ones disputing that. Photoshop creates unacheivable beauty standards and people want progress.