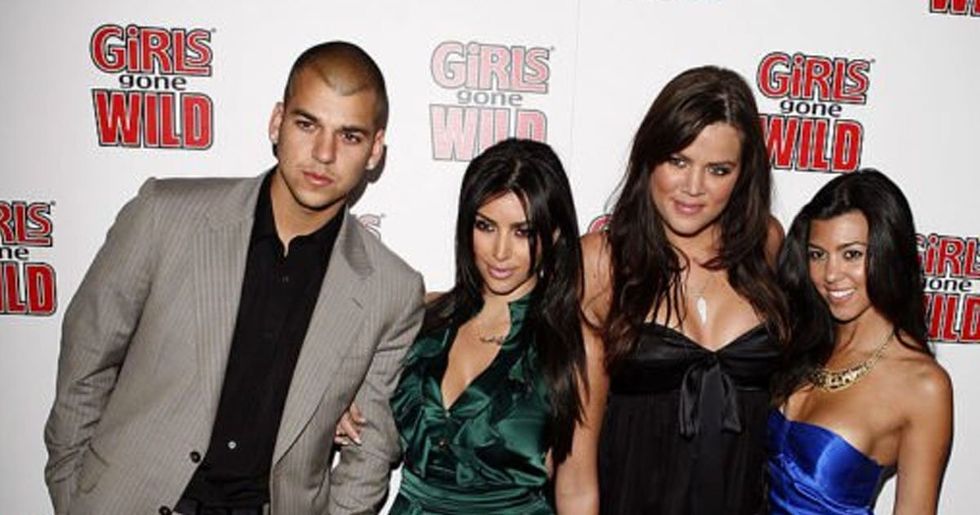 In some recent Insta-pots, Khloe's lips look visibly plumped and fuller, and people are pretty convinced that it's the result of some cosmetic intervention. And her latest snap is probably her most obviously altered yet.

But instead of owning up to - or at least addressing - the claims, Khloe went for a pretty bizarre strategy. Check out the pictures (and responses) for yourself!

Her weight-loss has been well documented on social media and on KUWTK, but her online shilling of potentially harmful weight loss products didn't go unnoticed by her critics.

A couple of months ago, Khloe was accused of having had a rhinoplasty. She denied having gone under the knife, reporting that her totally new nose shape was a result of cleverly applied make-up.

Because, recently, Khloe's Insta got a lot of attention.

One joker commented that Khloe's pout looks swollen, as if she's been fighting. It's true, her lips do look a little painful.

Perhaps Khloe's seeming obsession with cosmetic enhancements isn't something to laugh at - and is actually symptomatic of something pretty sad.

And in recent weeks, it seems Khloe is doubling down on her new look.

Never afraid of a selfie, Khloe is still posting images which appear designed specifically to show off her... enhancements.

And many aren't too keen.

One fan wrote, "Please stop doing things on your face. Please." It does seem as though Khloe is becoming more and more intense in her cosmetic work.

"You're changing your face too much @khloekardashian." It seems as though Khloe can't post a picture without being flooded with comments about her ever-changing appearance.

But her latest snap is her most controversial yet.

In an image posted on Monday, Khloe posed with a blonde ponytail, full pout, and smokey eye makeup. She captioned the snap "Happy Monday." But fans were far more focused on one thing - how totally unrecognizable the star looked.

And again, Khloe has had a classic response.

She's disabled comments on the post, and her following one of a single heart, too. On top of that, Khloe has edited the caption of her controversial snap, adding "old photo, but I like it." Are you sure, Khloe? And though it's Khloe who seems to be taking most of the heat at the moment, every member of the family has had no shortage of Instagram fails. Keep scrolling to learn more.