11 Kids Who Got Their Ultimate Revenge | 22 Words 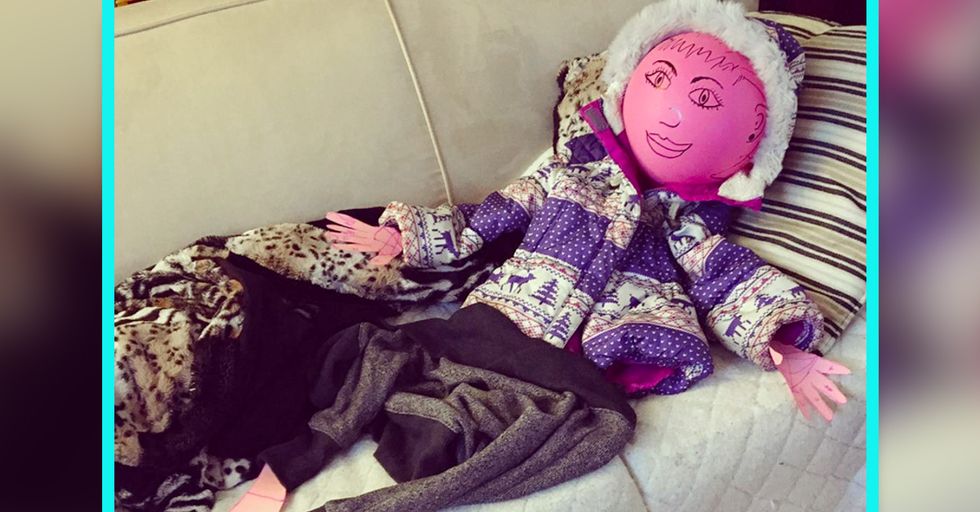 11 Kids Who Got Their Ultimate Revenge

You tell them to do one thing, they do another, you push back, and before you know it, you have a grand little war on your hands.

Only thing is, you're not winning. Kids somehow know the best way to end up on top.

Here are 11 kids that got the ultimate revenge.

You know how this scenario probably went. Mommy told little Zach to clean his room, little Zach politely refused, Mommy put him in timeout. And then this happened.
Marvel at the absolute ferocity of the snakes, hissing and twining on the bed. Devastating, aren't they? Little Zach probably thinks so.

Have you ever had a time when you were mad – nay, PISSED – at someone, but you didn't want to let them know that you had a problem?
So you then shifted the blame onto someone else, because of course it would be them that said such horrible things? That's exactly what happened here.

3. Moist as a four-letter word

People hate the word moist. Despise it. Apparently, it has all sorts of bodily functions associated with it, not to mention the fact that it feels sort of awkward to say.
This beleaguered mother falls into the category of people that hate the uber suggestive word – which is no doubt why her loving son plastered it all over the house. Such a precious child.

4. There's a stranger in the house

There's always at least one scene in every scary movie where the hero returns home  thinking they're safe, and then passes their little brother or some other side character sleeping on the couch.
Only problem is, that lump of human sleeping on the couch is not in fact the aforementioned hero's aforementioned sibling but the killer waiting to pounce. No doubt this is what this precious angel was inspired by.

We have to say that this is one of the most gloriously shady passive aggressive moves we've ever seen. Why, you ask?
Quite simply, this child's father practices the piano (no doubt ad nauseum) much to his child's distress. Instead of just telling him to stop, the child did this. Glorious.

There's nothing funny about poop. It is quite literally THE most stomach turning bodily function (vomiting coming a close second).
That being said – looooooolllllllll! He put POOP! On a keyboard! With a note! LOOOOLLLLLLLL!!!!!

Face masks are a thing of beauty. They moisturize your skin, leaving it soft and supple as the bottom of a baby unicorn bouncing on rainbow clouds.
This is not an actual face mask, this is tape. It'll hurt when you pull it off. Whichever kid did this is a bit of a butt, but also a bit of a genius. Hit em where it hurts, aye.

What do you do when grandma's being mean to you? Prank her, of course! That's what this kid did when they put pepper on watermelon especially for their grandma.
The child's explanation when she asked why it looked sketch? It's "fruit seasoning."

9. There's a spider in the toilet

"No, seriously," said the sweet little angel of a girl, sucking her thumb with wide-eyed innocence.
Meanwhile, behind her back she held the extra baby spiders. At least, we assumed that's what happened.

Only it's fake. But mom falls for it every time. Poor mom.

Imagine coming home and seeing this on your sofa. Not cool! Do you know a parent with kids that love to prank them? Pass this on!