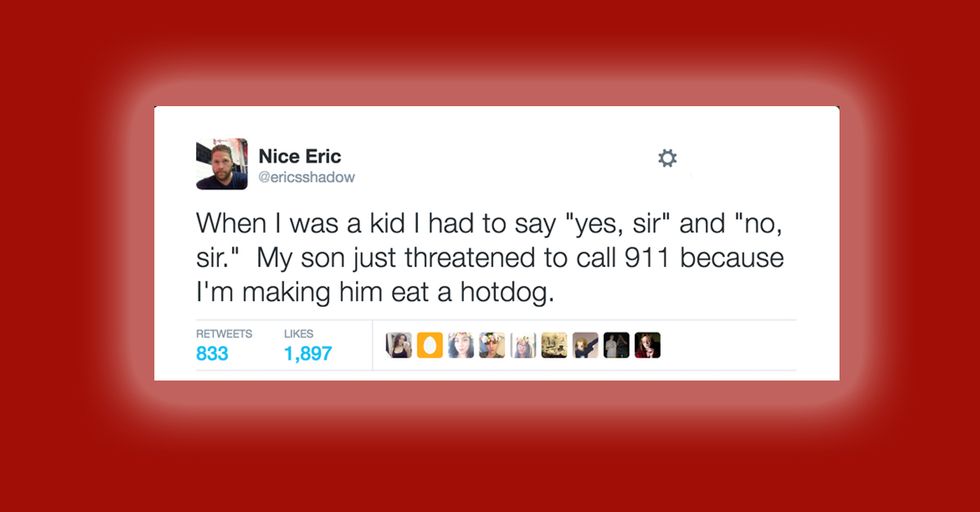 30 Kid Burns That'll Leave You Reaching For the Aloe

Kids might be little and look innocent and angelic — at least while they sleep, anyway — but most of them are too young to really have a verbal filter.

But make no mistake.

Most of the time they know exactly what they're saying, and sometimes that brutal honesty is quite the (hilariously) epic burn.

They're really all just wise beyond their years.

She has a point. You should have been more specific.

They pretend they don't really know how much 1,000 pounds really is, but I think that we all know the truth.

You should be proud! Clearly they are trying to learn about literary devices.

911: What's your emergency? Son: My dad is trying to feed me tube meat. Can you send a pizza my way?

Well, the secret's out. And coincidentally, so is the antibacterial soap.

I don't know. Figure it out for yourself.

He seems to have a talent! Maybe start using that wallet a little bit more.

You only make that mistake once. Or twice, if you really want the ice cream.

When life hands you a bunch of savagely ripped open bananas from your ticked off child, make banana bread.

Yeah, I have no time for small talk. How is the signal here?

A Wrinkle In Time

On the plus side, she didn't call you wrinkly now. But on the other hand, well, gross.

Beauty and the Beast

It's not like she didn't give you a choice. At least one was a female?

She's really genius either way. Cheers to that!

Can You Hear Me Now?

It's not what you say, it's what they hear. Which evidently is the complete opposite of what you say.

And then cut it diagonally. She owns you.

It's just freedom of expression... ...and very, very abstract art.

There's nothing quite like a veiled threat concealed as art to warm the cockles of your broken heart. I wonder if it worked...

And clearly it's a very, very large number to some of the kids out there. But on the plus side, you look great for your age!

It could be worse. She could have said it looked like Mr. Peanut.

Clearly the sisterly bond runs deep with these two. Sleep with one eye open...

Look Mom. Here's how it's going to go down. Crack that bad boy open and let's get to work.

He clearly has compassion for animals. Now your feelings? Not so much.

Find and exploit the weakness! YOUR FAVORITE THING IS NOW OVER!

I Think I Cane

That's not awkward or anything. Maybe he's too old to hear?

She clearly has great fashion sense. But a tolerance for those who don't? Not so much.

Friends? Who needs friends when you can have all the cookies? Not her, that's for sure.

They have a point. I mean, you are the one in charge. (Snicker, snicker. Or so you think.)

They really couldn't care less if you want a day to sleep in. As you know, it's their world. You're just living in it.

That's not a real thing? I think it is now.

At least the little Gordon Ramsay gives you some credit for trying. Bon appetit!