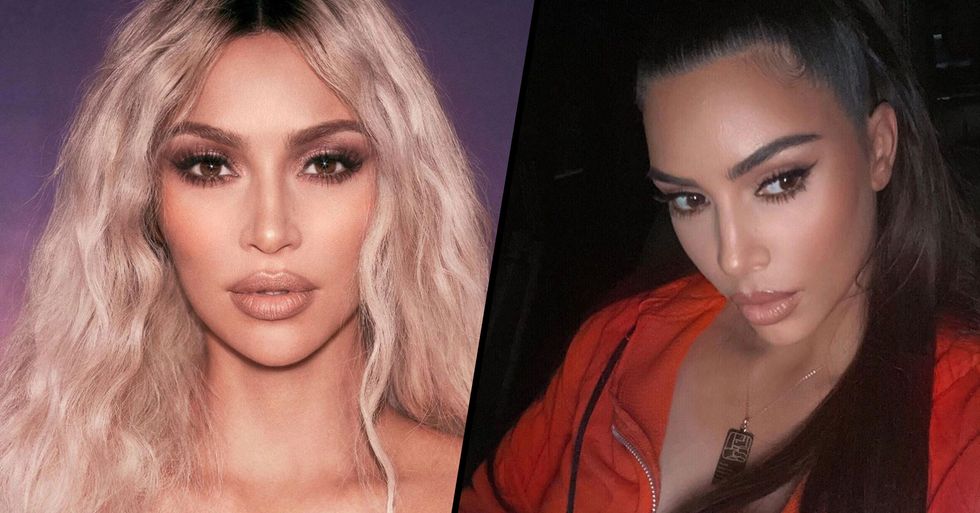 It's safe to say that the Kardashian-Jenners have stirred up their fair share of controversy over the years. Whether it's accusations of blackface, cultural appropriation, or mom-shaming, the siblings never fail to find themselves at the center of backlash.

And the latest controversial move comes courtesy of Kim Kardashian. And this time, she's not just annoyed fans but has also got on the wrong side of a huge organization.

Keep scrolling to find out what she's done...

Kim has also been called out time and time again for something else...

... cultural appropriation. She has been slammed in the past for wearing her hair in braids, a style typically used for protective reasons by people of color.

She referred to the style as “Bo Derek braids," effectively attempting to erase the cultural significance of the look.
This level of cultural insensitivity is hugely problematic, especially for a family with such a huge profile in the media.

Why? Because this time she hasn't just annoyed fans but has managed to get on the wrong side of a whole organization.

The beauty mogul has been accused of promoting poaching.

The star posted a snap to Instagram yesterday, and the picture has since been met with waves of criticism. Keep scrolling to take a look.

People were less than impressed with the star.

"Don't do that, please don't encourage people having birds locked in cages and houses. Birds are meant to be wild and free," wrote on user.

They well and truly called out the star.

"Kim, we know you’re an animal lover, but selfies with wild animals promote the poaching of wildlife for mere likes." "These animals endure immense stress by constantly being held and handed from person to person. By posting images such as this, you are encouraging others to take photos with wild animals, further putting them at risk." The continued: "Please take a stand to protect animals and educate your followers on why wild animals belong in the wild and not in selfies." Keep scrolling to see the picture in question.

Selfies like this can do more harm than good.

According to research by World Animal Protection in 2017 it was found there had been a 292 percent increase in the number of wildlife selfies posted to Instagram since 2014.
Worryingly, 1 quarter of these selfies showed people "behaving in ways that could well have been harmful for the animals, including getting too close and hugging them, as well as other forms of inappropriate handling," Unilad reports.

Maybe next time, she'll think twice before posting. Kim isn't the only Kardashian facing an online backlash. Scroll on for the "whole new face" that has landed Khloe in hot water.