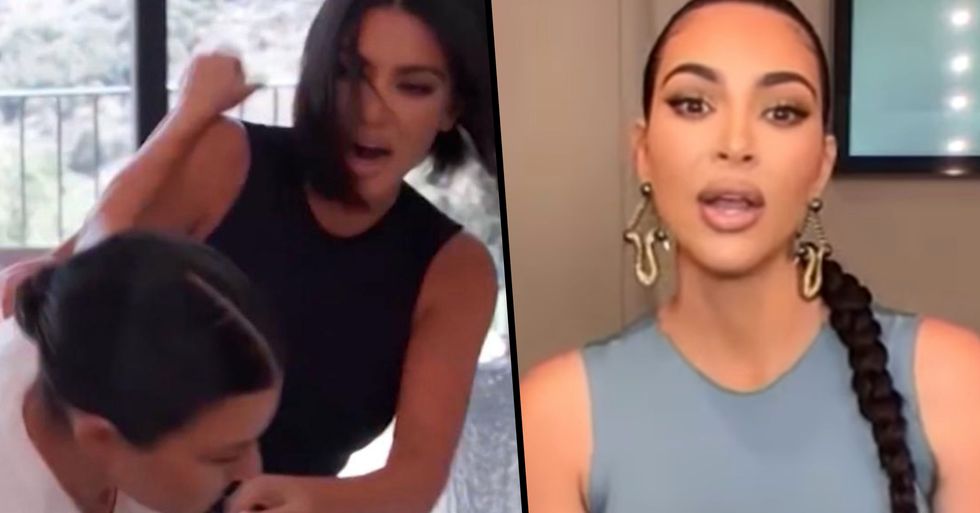 Kim Kardashian Breaks Her Silence on Brutal Fight With Kourtney

It's also no secret that the sisters have had their fair share of squabbles over the years, but we hadn't seen anything like when Kim hit Kourtney in the face on air.

Now, Kim has spoken out about the brawl and what she's had to say is actually quite shocking... Keep scrolling to watch the clip of her addressing the situation.

Kourtney broke her silence on the brawl between her and Kim after fans went online calling it "cringeworthy."

And today, Kim has finally spoken out about her and Kourtney's on-screen bust-up.

For more on the Kardashian-Jenners, keep scrolling to find out why Twitter is calling out Kylie Jenner...