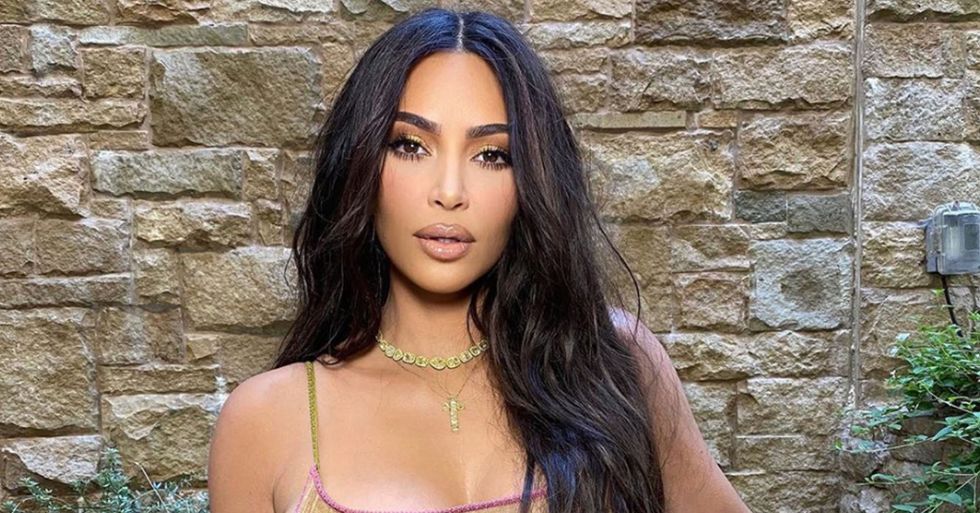 Say what you will about them, but the Kardashians are arguably the world's most famous family. With business ventures in fashion, cosmetics, and reality TV, these women are everywhere.

But with such power comes a certain amount of criticism - and boy have the Kardashian-Jenners been trolled for their pics over the years.

And this latest that Kim posted for Kylie's birthday might just be the worst yet...

The Kardashian-Jenner family are no stranger to controversy.

But after so many years in the spotlight ...

They're bound to hit a few bumps in the road!

And one thing these famous sisters are often roasted for?

It was all thanks to Kim.

She posted a snap for Kylie's birthday.

She may only be twenty-two, but the youngest Kardashian-Jenner child is a "self-made" billionaire, thanks to her Kylie Cosmetics line. Everyone really started paying attention to Kylie when she overlined those lips of hers and launched her lip kits.

The famous family is often very open about the plastic surgery they've had done...

But something that fans often point out is their excessive use of photoshop. For instance, they released the above promo pic for one of their season premieres and fans were quick to point out some issues with the picture. Can you see any photoshop mishaps?

Do you think that they photoshopped Kourt's foot? You wouldn't think a foot would need photoshop, but the Kardashians do whatever they want. Fans have pointed out a lot of seemingly bad photoshop fails that the Kardashian-Jenners post online. Keep scrolling for the worst ones...

The distorted doorframe in the back seems to suggest that Kim edited this photo of her and Blac Chyna. Perhaps more shocking than the poor photoshop job is the fact that, at one point in time, these two were close enough to take a picture together.

Maybe Kim's famous behind isn't as authentic as we once believed?

We must say, it's pretty big, so photoshop could be the helping hand here...

Fans pointed out that Khloe and now ex-boyfriend, Tristan Thompson's, hands seemed to be blurred together. It's hard to say if this is just the distance from which the photo was taken or a terrible editing job, but either way, it looks odd.

Look to the right.

Kim has a killer body and works out like crazy, but some fans were convinced that this photo was doctored.

This promotional shot of Kim and Kylie advertising their new fragrance hit headlines for all the wrong reasons.

And, of course, there's this photo...

Kim actually disabled comments on this Instagram post, likely because of everyone calling out the warped background.

And Kim was quick to post a tribute to her little sis.

But one of the images did not go down too well.

Many (including Piers Morgan, because why not) were quick to comment on how weird one picture in particular was.

Because the picture in question was rather raunchy - and people were not keen.

"Sisters behaving sexually towards each other is weird," wrote a commenter.

Many shared this reaction.

Although another had this response.

"What's weird? Me and my sister are super close and if somebody paid me thousands and thousands to do shoots like this I wouldn't hesitate."

Here's the controversial pic in question.

What do you make of it? Want more Kardashian drama? Scroll on...