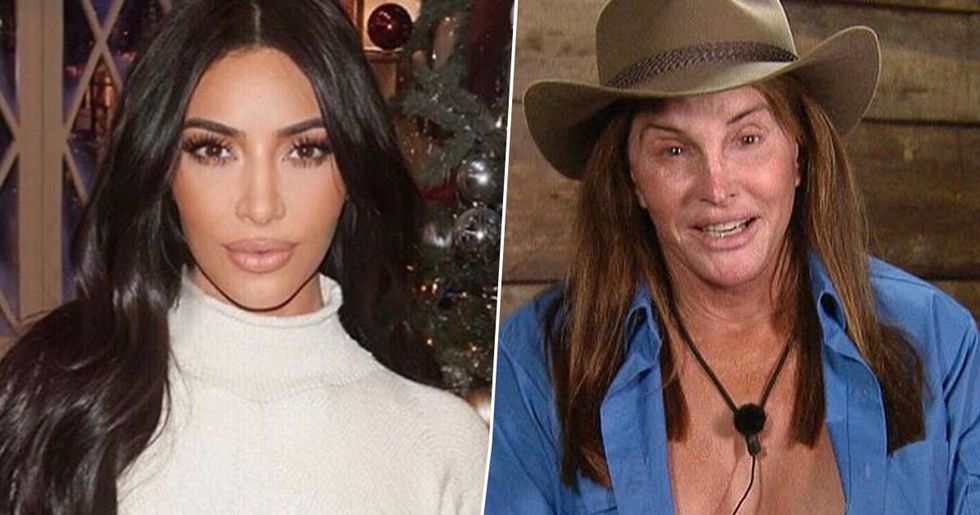 Recently, she joined a load of British celebrities on the latest version of I'm A Celebrity Get Me Out Of Here. For a while the rest of Kardashian/Jenner clan remained silent. UNTIL NOW.

Keep scrolling to learn what Kim eventually had to say when she broke the silence.

We're looking forward to seeing her in action for the next 3 weeks! Keep tuned in!

Now Kim has broke her silence.

You'd expect that the Kardashian/Jenner clan would've been all over Caitlyn's entrance into I'm A Celebrity, but only after six days has Kim finally broken her silence.

She tweeted about her wake up call.

Caitlyn became a legend in the jungle for her infamous wake-up call. The 70-year-old said:

And then Kim said:

I literally recorded this and set this as my alarm a few weeks ago.

She said, retweeting an I'm A Celebrity video. Of course, Rise and Shine is what Kylie Jenner sings to wake up Stormi every morning.

Fans were wondering why the Kardashians had stayed so quiet.

Many fans were curious as to of why the Kardashian's and Jenner's had stayed so quiet following Caitlyn's introduction to the jungle. However now that's been put to rest after Kim posted to her 60 million+ following on Twitter alone.

And Caitlyn also spoke about Kim.

Speaking in Australia, Caitlyn lifted the lid on Kim Kardashian's work ethic too. She said:

Kimberly never went to college. The minute she left high school she started businesses. She had her first business out of the closet. Kimberly would go into the ladies’ closets. Some of these are like 2,000 square feet – they’re huge. Beverly Hills ladies. They figure out what they want to get rid of and Kimberly has an eBay site… Kimberly sells them for them and gets 30% commission.

I'm A Celebrity returns tonight at 9.10pm on ITV.