And let's be honest, if you've ever watched KUWTK, its obvious Kim is the favorite. | 22 Words 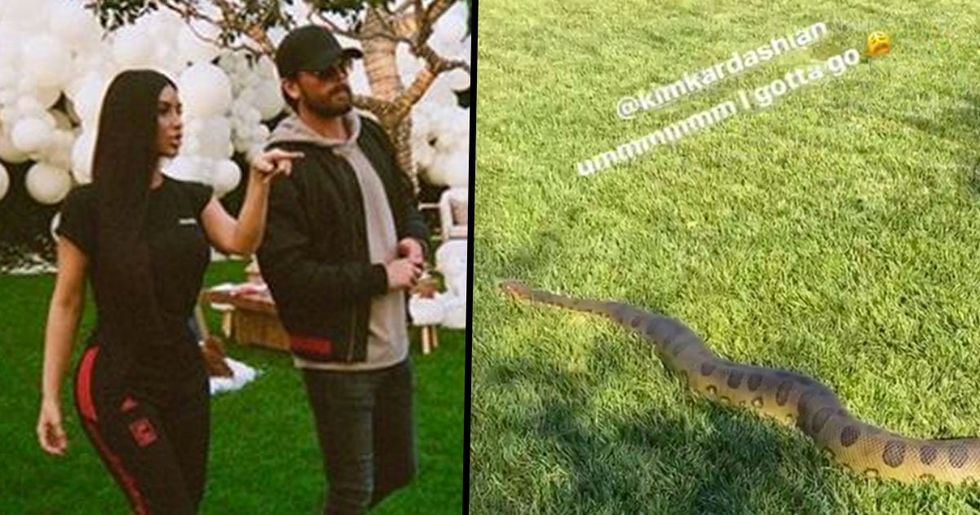 The Kardashians are pretty much the most famous family in the world. Between them, they have a fairly staggering bank account, featuring eye-watering figures that many of us could only dream of.

And boy, do they know how to stay in the headlines. The latest incredible Kardashian moment? Well, it may be the weirdest one yet. Because while chilling at daughter Kim's house this weekend, Kris Jenner shared an incredibly odd picture. Scroll on to see why the internet is so confused.

Kim Kardashian is a huge name in the celebrity world.

The Kardashian-Jenner family was propelled to celebrity stardom on their reality show, Keeping Up With The Kardashians and are now one of the most famous families in the world.

The star has carved her own path beyond KUWTK.

Most notably, she's gone off on her own beauty-related ventures in recent years.

The mogul runs her highly successful beauty empire, KKW Beauty, and has established herself as a successful entrepreneur.

And we can't forget the fact that she's now training to be a lawyer...

The internet was pretty shocked and confused when the star announced that she was heading to law school earlier this year. But, when you look at what Kim had been doing with herself in the months beforehand, it becomes pretty clear that she is genuinely passionate about criminal reform.

And let's be honest, if you've ever watched KUWTK, its obvious Kim is the favorite.

Remember when Khloe and Kourtney wanted to sue Kim over the whole perfume deal thing? Yep.

Though the sisters have since admitted that the youngest of the clan, Kylie, may have taken Kim's crown as the golden child.

Nonetheless, there's no denying the pair are close.

Even when not on-screen, the two hang out together a pretty exceptional amount - and often it's documented on social media.

But this weekend, something truly bizarre went down.

Kris 'n' Kim were hanging out at Kim's house, when Kris took to Instagram to share something very weird on her story.

And it has the internet absolutely baffled.

Because there has been no explanation for the strange sight - either at the time or now.

Yep, you're seeing that right. A ten-foot-long anaconda slithering around in Kim's backyard.

We have a lot of questions.

Why is the snake there? Is it a new pet? Is it safe to keep such a huge snake? Why is it totally free to roam the garden? What if it gets out? And then back to why?

It's such a mystery!

@KrisJenner you can’t just show us a video of an anaconda in @KimKardashian backyard and not tell us why #somanyquestions
— Hannah (@Hannah)1573421614.0

Or, as Kris would put it, it's a case for the FBI.

"This the anaconda in Kim's backyard right now, and I think I'm going to go home. I gotta go." Want more of Kim? Scroll on to learn about her pre-Met Gala fight with husband Kanye West. It's pretty brutal.