She says she does try to avoid getting too political on her social media, but this circumstance prompted her to finally speak up. | 22 Words 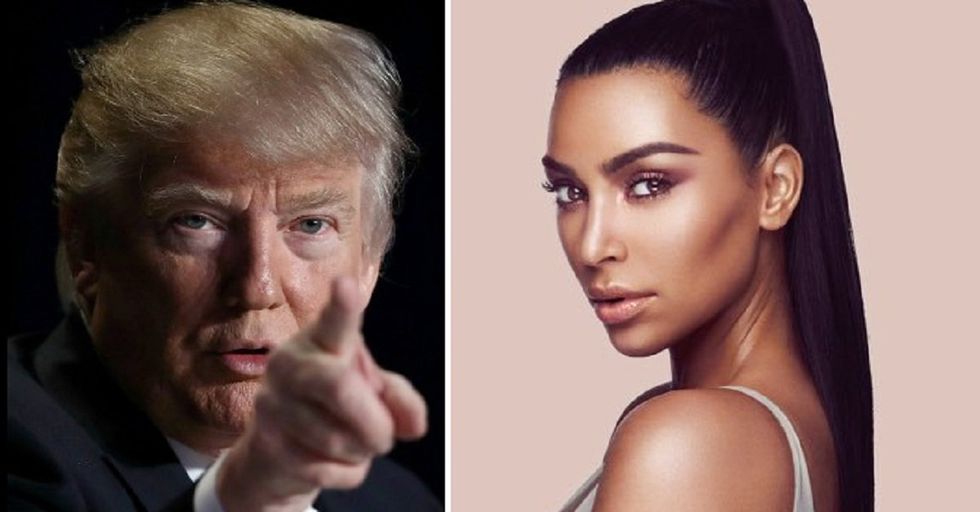 World-renowned reality TV star, Kim Kardashian, is certainly no stranger to being in the headlines. From her marriage to rap star, Kanye West, to her frequent social media controversies, she's in the news more often than she's not.

Most of the time, Kardashian isn't particularly vocal about her stance on politics, but in a recent interview with Harper's Bazaar Arabia, she laid into President Trump for some of his recent statements.

Kim has been on quite a roll lately as far as magazine covers go.

Those interviews are usually focused around family and promotion of her new makeup line.

And, to be fair, that's usually what people want to hear about from her.

But she has rustled a few jimmies lately, as she's started to be more vocal politically.

Kim Kardashian recently appeared on the cover of Interview magazine dressed as Jackie Kennedy, and that made quite a few people upset.

Still, despite the incendiary images that many people latched onto, most of the interview was about family — plain and simple.

Which made sense, since it was Kim's first photo shoot with her daughter, North.

However, in her most recent cover appearance, Kim didn't hold back on her political opinions.

In her interview with Harper's Bazaar Arabia, she sounded off on President Trump and his recent policies. Keep reading to hear what she said.

She says she does try to avoid getting too political on her social media, but this circumstance prompted her to finally speak up.

When asked about who should be in the White House, she gave a deadpan response of, "Not the President now. Anyone can run the US better. My daughter would be better."

Not exactly a ringing endorsement.

She might've been exaggerating a little bit when she said that a 4-year-old can do better, but she certainly let her feelings be known.

And quite frankly, with such a large social media presence, it's nice to see her speak out about something she believes strongly in, rather than pander to fans with fluff.

She added, "We’ve worked so hard to get to where we were and to have so many things that we were so proud of in our country, to just literally revert backward is the most frustrating thing."

She didn't try very hard to keep her political allegiances hidden in this piece.

When asked if she followed Donald Trump on Twitter, she said she did not, and then added that she still follows former President, Barack Obama.

The style icon ended the political bit of the interview with an interesting statement:

"It’s really scary, the world that we’re living in now" ... "Now with [a] Trump Presidency you just don’t feel safe anymore." Surprisingly, people had very little to say about her political beliefs. But there were a few odd criticisms...

Well... yeah. "Posing" is literally part of being a model. A pretty big part, in fact!

Some tried to claim that Kim was "ripping off" Cher in the photoshoot, but the joke was on them — the shoot recreated iconic Cher photos shot-for-shot on purpose. And Cher loved it!

As a fellow Armenian, Kim has been a hugely vocal Cher superfan for years. She often posts pictures of Cher on her Instagram as style and beauty inspiration.

Despite the backlash, she had plenty of supporters.

To some, Queen Kim can do no wrong.

But to others, everything she does is wrong.

It just comes with the territory of being that famous.

She isn't bothered, though.

She closed out the interview with a simple, "I just keep doing me." Good plan. It seems to be working out pretty well for her so far. And what's the point of getting rich and famous if you can't speak your mind, anyway?