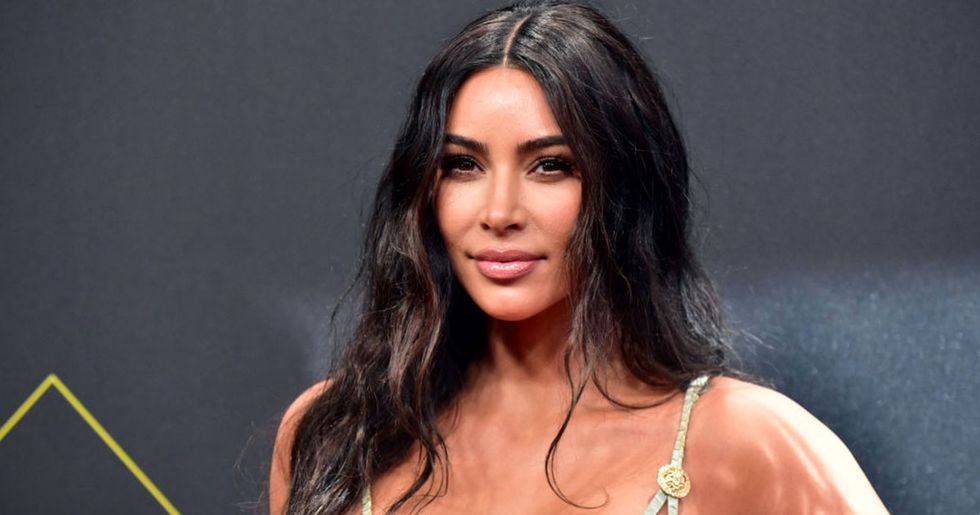 You can always count on a Kardashian to bring the controversy. And one aspect which never fails to generate headlines? The ever-changing appearances of the sisters. Over the years, all of them have undergone a pretty intense transformation - with some fans noticing that all the sisters are starting to look more and more alike.

But the latest picture which has caused a stir? Well, it's a promo for the latest Kardashian sister collab, the Diamonds fragrance. And the pictures have got the whole internet talking - for all the wrong reasons.

This side-by-side of Kim Kardashian and Kylie Jenner went viral last year when people noticed that Kylie looked more like Kim than she did old photographs of herself.

And the latest images of the Kardashian sisters?

Well, they might just be the weirdest yet. This week, Kim, Khloe, and Kourtney got together to shoot the campaign for their new product.

Diamonds, launched by KKW Fragrance, is a collab between the 3 sisters.

And the pictures that they show have been getting a lot of attention, for a myriad of reasons. For one thing, the sisters are looking more alike than ever.

It seems Khloe is back on her bull***t.

Because yet again., she's emulating the looks of her two sisters. She's ditched her blonde look and is back looking as Kardashian-esque as possible.

Just look at them.

Honestly, even as people who know more about the Kardashians than we care to, we're struggling to tell the sisters apart.

But that wasn't the only controversy.

Alongside the fact the sisters were looking almost creepily similar, their styling choices were called into question.

Because alongside the voluminous, Diana Ross style curls?

There were other shots of the sisters with unappealingly slicked back locks.

Some complained the hairdo gave an alien vibe.

While others complained that the sisters looked "bald" in the weird shots.

Here's the shot which got the whole internet talking.

Many commenters compared her to her sisters - be it Kylie, Kendall, or Khloe! Want more Kardashian fails? Scroll on for the family's very worst photoshop mishaps. Cringe.