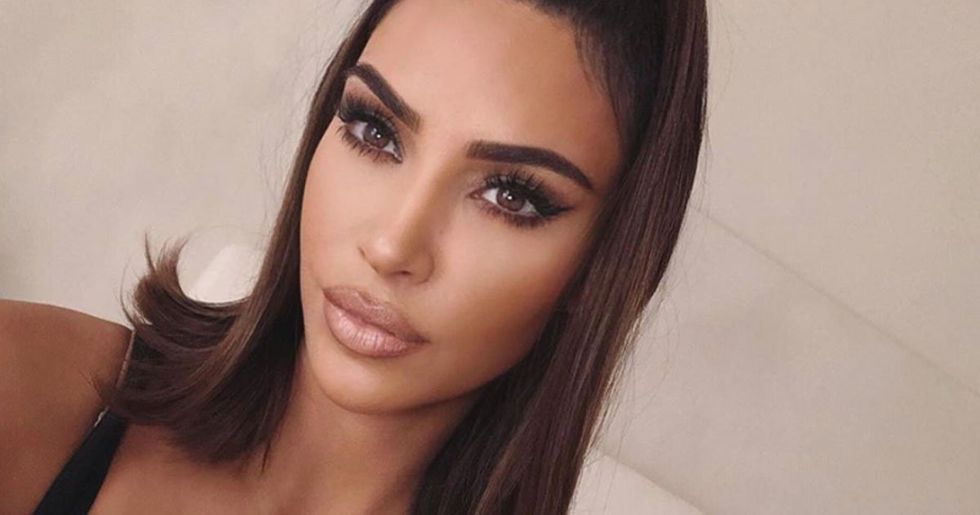 Kim Kardashian Is Being Slammed by Parents for North's Halloween Costume

There's no doubt that Kim Kardashian is a fashionista in her own right. From head-turning red-carpet ensembles to trendsetting street style looks, the star is certainly one to watch on the fashion scene. So it comes as no surprise that her daughter, North, has somewhat turned into a mini-me and is pretty much the most fashionable 6-year-old on the planet.

To celebrate Halloween, North's aunt, Kourtney Kardashian, posted an adorable snap of the 6-year-old along with her cousin, Penelope, and a friend, but North's costume seems to be causing quite a stir and landed mom, Kim, at the center of some backlash. Now online mom-shamers are slamming the reality star and beauty mogul for one particular aspect of North's Halloween look...

But she's has gone off on her own beauty-related ventures in recent years.

For example, her ocean-wet, Thierry Mugler look for this year's Met Gala (which, let's be honest, didn't entirely fit the theme - but let's not break the habit of a lifetime) was widely commented on.

But of course, with Halloween having passed, Kim went all-out for her daughter's costume.

North, along with cousin Penelope and a friend, were dressed up to the nines for their elementary school Halloween parade.

But the costume has been causing quite a stir in both the Kardashian-West household and online.

The 6-year-old was visibly wearing makeup, despite her "born-again" Christian father, Kanye West, reportedly putting a strict ban on her wearing makeup until she's a teenager.

Kim recently admitted that Kayne's newly-conservative views are putting a strain on their relationship.

"North is trying to get in on the makeup, but she's being blocked heavily because her dad has stopped all makeup for her until she is a teenager," the reality star explained to E! News.

"It's a big fight in the household right now."

"I think as a parent you just learn and figure it out as you go and we realized we didn't really want her to wear makeup at a young age but she sees her mom putting on lipstick and lip gloss."

And it seems parents online agree with Kanye on this one.

After seeing the post, many people slammed Kim's decision to let her daughter wear makeup, specifically mentioning Kayne's recent change in heart over the matter. "I’m surprised Daddy Kanye was okay with her wearing this costume," wrote one user.

Other's pointed out the irony of the costume.

"Didn't her father just release a whole gospel album?" wrote one user. "I thought the family are born again Christians??? ...the devil is the lord's arch enemy," added another.

Though, some saw the funny side.

"She's trolling Kanye at such a young age," wrote a fan. But, the backlash doesn't seem to have phased Kim. She hasn’t responded to the comments, and we don’t blame her. After all, she can parent how she wants and, judging by her social media pics, North is well and truly living her best life. In more positive news, Kim has been praised for ditching her usual heavy makeup to share a rare make-up free selfie with son, Psalm. Keep scrolling to see the image in question.