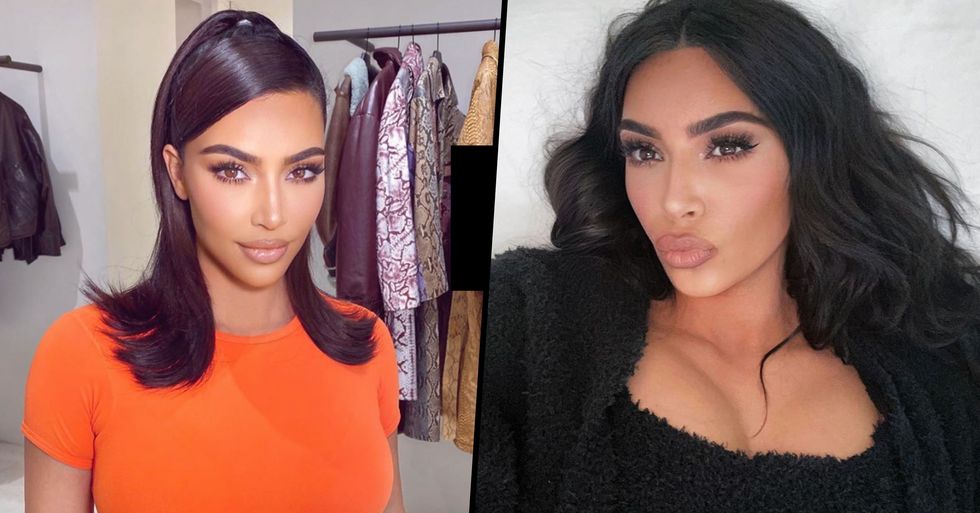 Just a matter of days after it was announced Keeping Up With The Kardashians will be ending, Kim Kardashian has frozen her Instagram and Facebook, for a very specific reason...

This move certainly came as a surprise but it seems there's a big reason behind it.

We all know the Kardashians are an absolute media force.

The second eldest of the clan is Kim Kardashian.

Kim can barely go a week without being in the headlines.

And it seems this week is no exception to that.

Why would the queen of social media freeze her account, you ask?

Kim took part in the #StopHateForProfit campaign, claiming the platforms allow for hate, propaganda, and misinformation to spread.

The campaign accuses the platforms of "undermining democracy"...

As well as profiting off allowing hate groups and pages to use their site.

A-listers across the globe, including Kim, are hoping that by taking part in the boycott, it will raise awareness of the campaign among their fans - who are used to seeing them use social media regularly.

However, some celebrity followers have told the stars to delete their accounts altogether...

Comedian Sarah Silverman was told: "Delete your Facebook account. Life is so much nicer without it. The only way to pressure Zuckerberg is his wallet."

Kim's post gained a lot of attention among fans.

"I love that I can connect directly with you through Instagram and Facebook, but I can’t sit by and stay silent while these platforms continue to allow the spreading of hate, propaganda and misinformation - created by groups to sow division and split America apart – only to take steps after people are killed," she wrote.

"Misinformation shared on social media has a serious impact on our elections and undermines our democracy.  Please join me tomorrow when I will be “freezing" my Instagram and FB account to tell Facebook to #StopHateForProfit. Link in bio for more info on how to preserve truth." The boycott only lasts twenty-four hours, so it won't be long until we see Kim on our Instagram feeds again.

For more on Kim Kardashian...

Scroll on to read about why she has been under fire for her "sick" new clothing line...