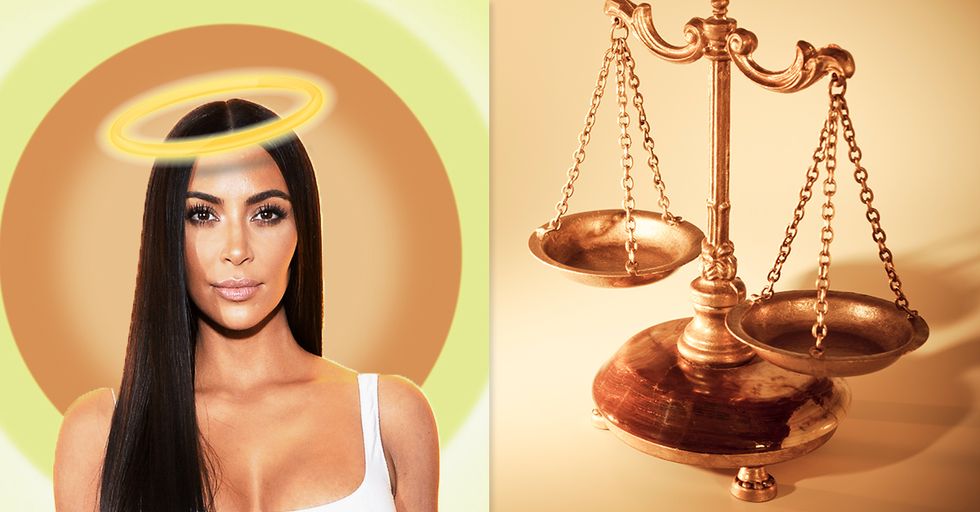 This month, a very surprising person began trending on social media. She wasn't a pop star, or some up-and-coming social media celeb. In fact, she's the very opposite. Her name is Cyntoia Brown and she is a 28-year-old convicted murderer. She's been in prison since she was 16, and will only be eligible for parole at age 69.

And now, at the center of a massive social media firestorm.

Cyntoia Brown first came to the public attention as part of a documentary, Me Facing Life: Seeking Redemption in Cyntoia’s Story.

Brown has been in jail for a little over a decade after being convicted of murder, the circumstances of which were troubling, to say the least. Dan Birman, the documentary's director, followed Brown's case for seven years.

The details are horrific.

At 16 years old, Brown was living with a 24-year-old pimp named "Cut-Throat" who sexually abused her. Brown, who suffered from Fetal Alcohol Syndrome, had grown up in foster care, where she had been abused and has dabbled in drugs and alcohol.

When she ran away and began living with Cut-Throat, he pimped her out.

Her last  rapist was 43-year-old Tennessee-based-realtor Johnny Mitchell Allan, who picked her up from a Sonic parking lot. Upon reaching his house, Brown noticed the gun cabinet in his bedroom and got scared.

The teen resisted Allen's advances, but then he reached for something under the bed.

That's when Brown shot him using the gun in her purse she carried for protection. She stated, she though he was "gonna get a gun or is gonna do something to me." Prosecutors argued she was trying to rob him, since she took his wallet as she fled the scene.

Again, Brown was 16 years old when this occurred.

Remember being 16? Most people at that age are in school, not having to fend for themselves from sexual predators and rapists. Even worse, Brown has multigenerational trauma, as both her mother and grandmother were victims of rape. But that's not even the most horrific part of the story...

In 2011, Brown became part of a campaign by the American Civil Liberties Union (ACLU) to end life imprisonment for certain offenders convicted when they were children.

The ACLU campaigned for the "California Fair Sentencing for Youth" bill, SB-9, which would give a "second chance to most people who were under the age of 18 at the time of their crime and sentenced to life without parole."

SB-9, which became law in January 2013, was revolutionary.

It "allow[ed] a person who was under 18 years old at the time of a crime and sentenced to life without paraole to submit a request to have a new sentencing hearing."

Because of Brown's case, no one under 18 years of age can be charged with prostitution in Tennessee. So you'd think with all this Brown would be out on parole already, right? So wrong. Brown is still in jail, where she has completed her associate's degree and is working on her B.A.

The injustice has many social media users, including celebs outraged.

Last week, pop goddess Rihanna shared this post on her Instagram. She commented, "did we somehow change the definition of #JUSTICE along the way?? cause... something is horribly wrong when the system enables these rapists and the victim is thrown away for life! To each of you responsible for this child's sentence I hope to God you don't have children, because this could be your daughter being punished for punishing already!"

"The system has failed," Kardashian wrote. "It’s heart breaking to see a young girl sex trafficked then when she has the courage to fight back is jailed for life! We have to do better & do what’s right. I’ve called my attorneys yesterday to see what can be done to fix this. #FreeCyntoiaBrown." But she didn't call just any lawyer...

Kim called LA-based Shawn Holley, whose past clients include Nicole Richie and Tupac, and was also part of the team of lawyers that secured O.J. Simpson an acquittal in 1995. Not too shabby.

Holley told the NY Daily News, “Kim asked me to help her get involved in that effort [to free Brown] as well."

Holley is already working with Kardashian on the case of Alice Johnson.

According to the NY Daily News, Johnson is "a 62-year-old grandmother and former FedEx worker... 21 years into a life sentence for her first-time, nonviolent drug conviction." Kim Kardashian – social justice trailblazer. Who knew?

A MoveOn Petition has been set up for Brown.

It needs 425,000 signatures in order to be presented to Tennessee Governor Bill Haslam for consideration for clemency. As of this posting, there are 410,000 signatures. You can find it here.