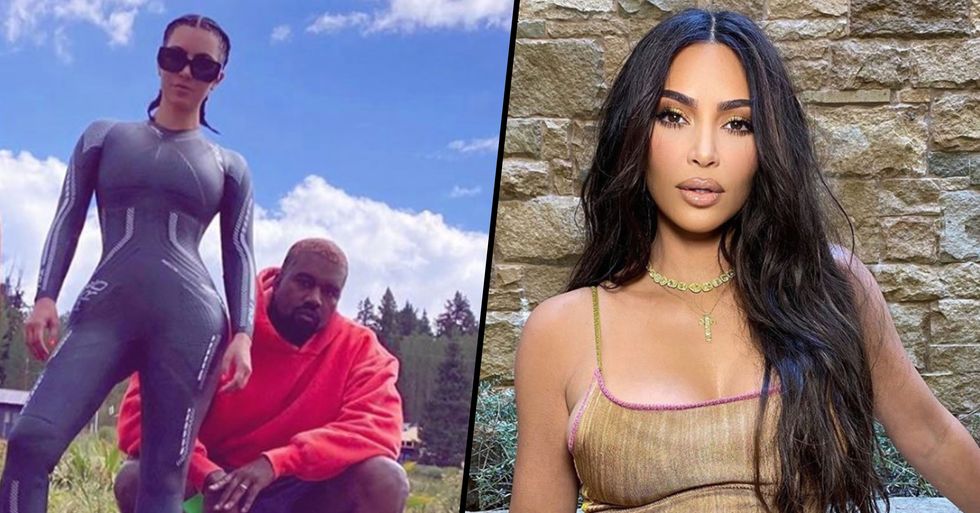 He and Kim have been living separately for a while now.

But it seems the two have reunited this week.

It's good to see they're together again.

They were enjoying some wholesome family activities.

The whole gang was there!

But many were distracted from the cuteness by something weird about Kim's feet...

And that he was spending time alone at his Wyoming ranch... with the exception of a visit from Justin Beiber.

But the reunion hasn't been without controversy.

Because people have noticed something strange about the new pics.

Which detracted somewhat from the sentiment...

Here are the shoes in question.

Sorry, but we kind of like them. Want more weird shoes? Scroll on ...