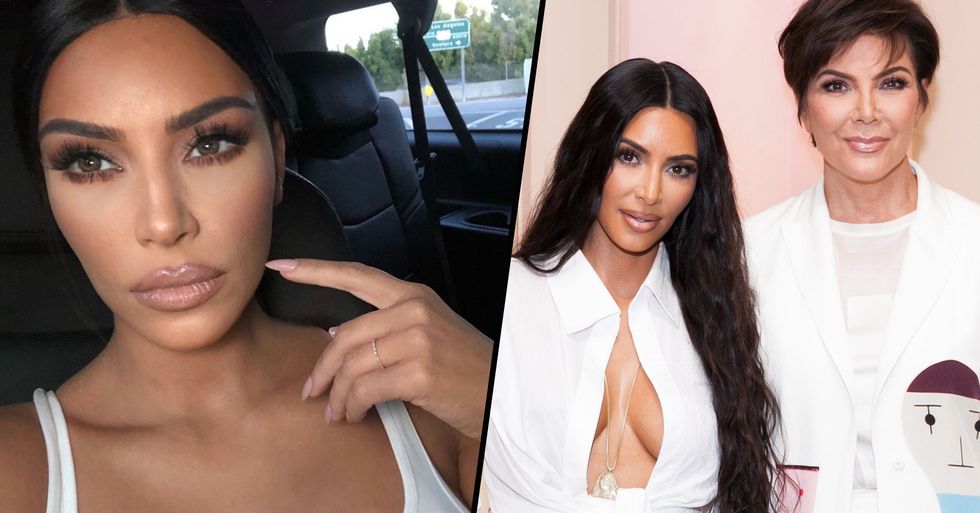 As part of Kim Kardashian's latest business venture, she posted a throwback pic of herself and mom, Kris Jenner from 2008, and fans can't get over how identical they look.

Fans also noticed that snap is from a very iconic moment. Keep scrolling to see the picture in question for yourself...

There's no doubt that the Kardashians are one of the biggest players in pop culture.

The family are an absolute media force.

Despite all the drama and controversy...

They firmly remain as one of the most successful and famous families in the world.

The businesswoman and self-proclaimed “momager" is the one to thank for the international success of the infamous family.

And, of course, the family have made an insane amount of money along the way.

The Kardashian’s are incredibly successful in the world of fashion, and their reality TV show is one of the most-watched of all time.

Throughout the years, Kris has not only been the driving force behind KUWTK, but she has also been responsible for her daughter’s various successes.

Its also argued that Kim has a favorite child.

It's been an ongoing joke (or not) during the reality show that Kris favors Kim over all her other children.

Though the sisters have since admitted that the youngest of the clan, Kylie, may have taken Kim’s crown as the golden child.

The star has recently been working on her latest business venture...

And it saw her and Kris collaborate on a new scent for Kim's KKW fragrance line.

And to celebrate the launch...

The official Instagram page for her perfume line shared a throwback pic of the pair from 2008.

And fans couldn't helo but notice how similar the mom-daughter duo look.

In fact, some are going as far as to say they are the "spitting image" of each other.

They look near-identical in the pic.

The apple doesn't fall far from the tree.

But fans also noticed something else about the snap.

It's from this iconic moment.

For more Kardashian-Jenner news, keep scrolling to find out why fans are furious over where Kendall Jenner has been spotted.