Kim Kardashian Posed as Jackie O for a New Photoshoot, and People Are Not Having It | 22 Words 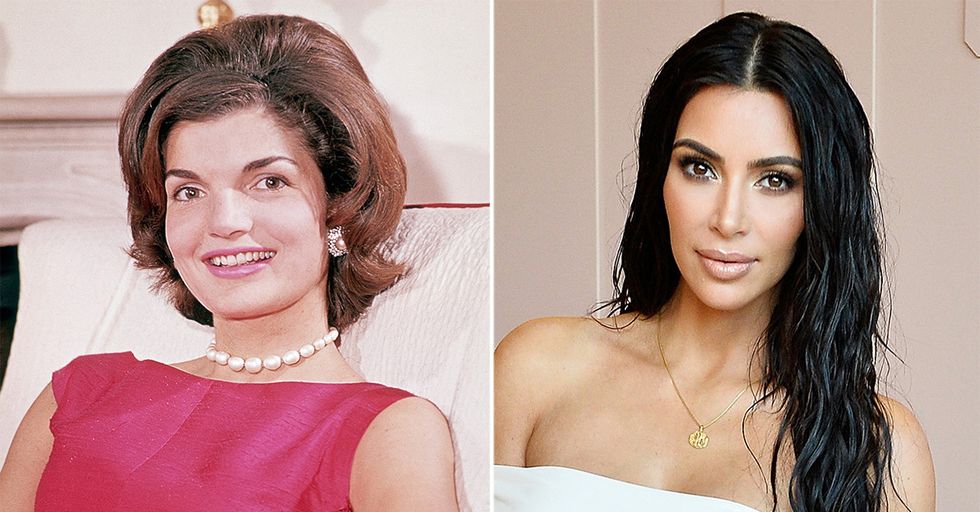 Kim Kardashian Posed as Jackie O for a New Photoshoot, and People Are Not Having It

Like it or not, Kim Kardashian and her family have been at the forefront of the celebrity world for a decade now. That alone will get you your fair share of supporters, but also plenty of detractors.

This week, Kim K and her daughter, North, graced the cover of Interview magazine and people had some serious feelings.

It's a safe bet that she may have turned a few diehard fans against her with this latest stunt.

Kim K needs no introduction, but just in case...

She's the daughter of former lawyer Robert Kardashian, and more recently she married acclaimed hip-hop artist Kanye West. But really, she's just famous for being famous, and her notoriety keeps on building.

Kim and Kanye have had two lovely children.

Daughter, North (4), and son, Saint (almost 2). Here they are, looking like a million bucks. Or several million.

This week, Kim made her first magazine cover appearance with North, and the way they were dressed really stirred some feelings.

There are plenty of pictures from the photo shoot on Kim's Twitter.

In case you need to see more pictures of them looking adorable and rich, all while channeling beloved American icons.

Seems harmless enough, does it?

The Internet disagrees. Even those who have been able to tolerate Kim's celebrity don't appreciate the comparison to the revered Jackie O.

"Reactions were fairly split," is a diplomatic way of saying "people were NOT happy."

Many people don't think that Kim K. has any place modeling herself after historic Americans for satire or any other reason.

Still, for every hateful comment, there was another voicing their support for Kim and North, sometimes in the very exaggerated fashion.

And to be fair, the large majority of people have little to no opinion at all on this, but Twitter users don't fall in that category.

It just seems like the people who do have opinions on this, REALLY have 'em.

Mary, sweetie, you must not have lived a very interesting life if that is the most ridiculous thing you've ever seen. Live a little more. And maybe stay away from the media?

The best reaction was the one "blaming" Taylor Swift.

Finally, someone who doesn't take it so seriously!

People might've gone a little too far with it, in both directions.

I'm not sure I'd go quite that far, but it does make you start to wonder...

At this point, we've seen enough to not rule anything out.

Symbolism aside, at the very least, they're cute pictures. And fortunately even the angriest voices didn't drag little North into the fray.

Despite the seemingly innocent pictures, some of Twitter is aflame with rage.

Some feel as if she is disrespecting the former First Lady, which is understandable, if not a little misguided.

While others are totally on board with it.

I guess shock value in and of itself, good, bad, or otherwise, is enough to keep people talking. That's what Kim is best at.

This sums it up best.

BOOM goes the gavel. Unfortunately, there is no legally binding authority here, so we've got another Kim K. mini-controversy on our hands.