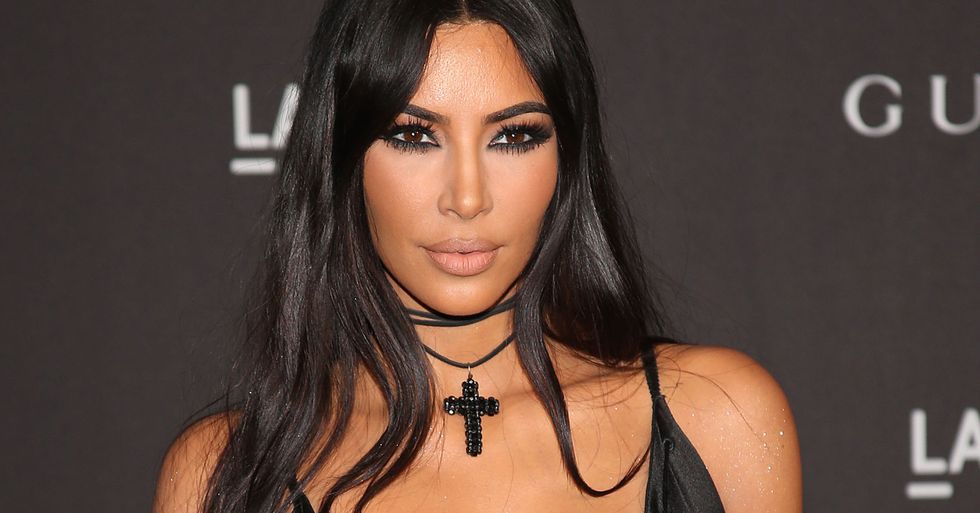 Kim is also no stranger to using her body to get attention. She has one of the most famous butts in the universe and certainly knows how to use it. We all remember that time she broke the internet posing in what looked like a trash bag for Paper Magazine.

The star has had some unwanted attention for her feet, with an influx of people trolling her "for having 6 toes."

For those who thought Kim K was perfect...

It seemed she had one flaw.

Pics of the star emerged...

And her feet were looking a little less than perfect.

Surely it couldn't be?

Well, it turns out, news reached the star herself.

After months of trolling, Kim has spoken out.

Proving once and for all, there are only 5 toes there.

Anyone else oddly disappointed?

Aside from her toes, Kim Kardashian is one of the world's most famous faces.

But before that, the Kardashian name had another dubious claim to fame.

She's married to Kanye West, one of the biggest rap musicians of all time. The pair started dating in 2012, married in May 2014, and have four children together.

She often wears quite outrageous outfits in order to generate some attention - like this gold two-piece with a split up to the crotch.

But the star has attracted some unwanted attention...

Kim attended the American Influencer Awards and promptly posed for photos at the event.

But it wasn't her outfit that turned heads...

...it was her feet. Yes, you read that right. Her feet have found the star at the center of a heck of a lot of cruel trolling online.

And why, you may ask?

Well, fans are convinced the star has 6 toes and find the entire thing utterly hilarious.

Since the snaps surfaced, people have been flocking to Twitter to mock the star, with some going as far as to say she "isn't human."

People are completely convinced that the star has an extra toe. "Kim really has 6 toes," wrote one user, while another joked: "Kim back at it again with the 6 toes."

The comments have been pouring in.

People are showing no signs of letting this go.

Is it a case of genetics?

Kim isn't the only one of the Kardashian-Jenner sisters to have been accused of having 6 toes. Kylie Jenner has also found herself subject to similar comments. Keep scrolling to check out the pic that had people speculating.

But now the star has spoken out.

Check out those 5 toes.

"Everyone thinks that I have 6 toes, and it's really wild."