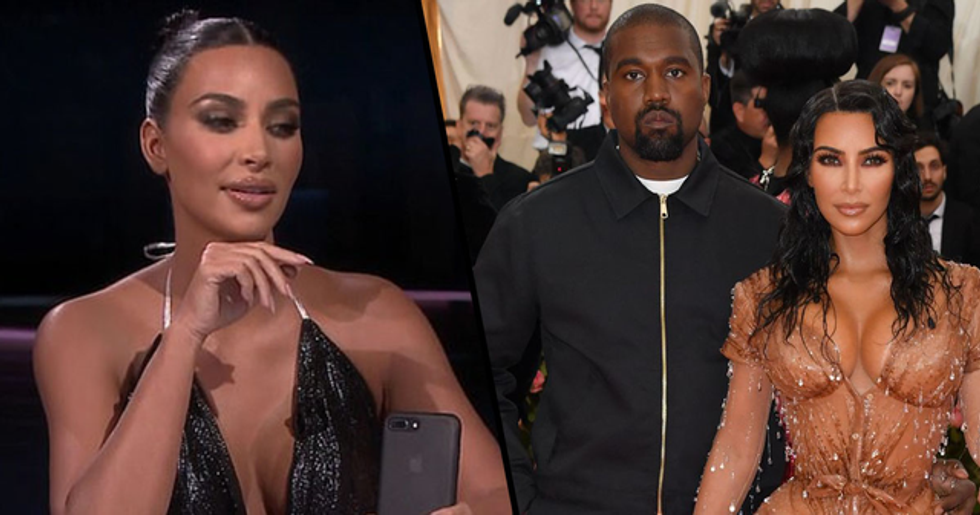 Kim Kardashian's relationship with hubby, Kanye West, is pretty well-documented. From their appearances on KUWTK to their packed social media accounts, it often seems as though there's little about the couple that we don't know. But in an interview with Jimmy Fallon, fans hearts' were melted, as Kim shared an incredibly sweet text from the rapper.

On top of that, Fallon allowed us to have a peek through the rest of Kim's phone - with some pretty hilarious results. Keep scrolling to see what one of the most candid stars out there wants to keep secret.

In December of 2012, just months after announcing that they were a couple, Kim revealed that she was pregnant with first baby, North.

Because, this week, Kim appeared on The Tonight Show with Jimmy Fallon.

Another round of the Show Me Your Phone game involves sharing the last message from their significant other - and, in Kim's case, this of course means from Kanye.

And newest addition, Psalm, is only improving things. "He has brought full unity to the family. All the kids get along," the mom gushed. And for more Psalm content, keep scrolling for some truly adorable pics.