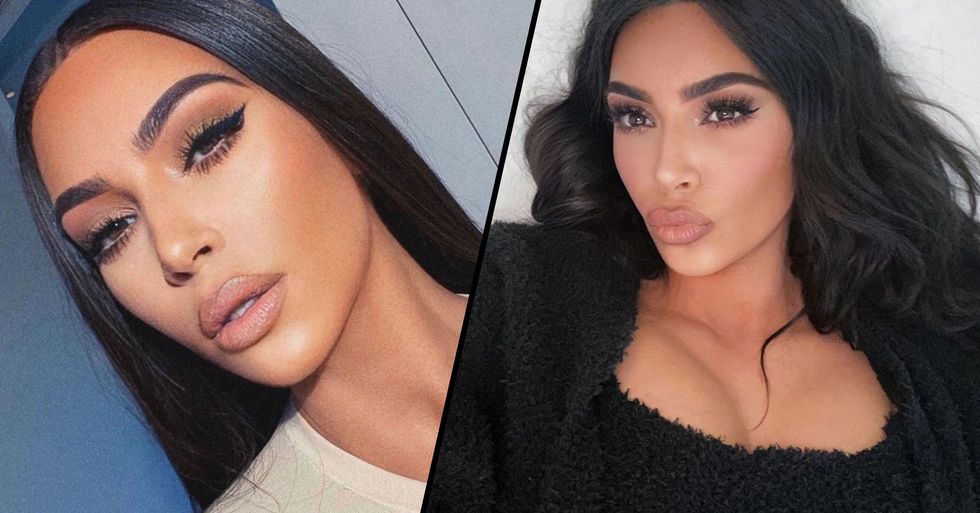 And the latest controversial move comes courtesy of Kim Kardashian and her latest Instagram story snap which has sparked a huge racism debate.

Keep scrolling to see it. This may be her worst move yet...

But out of all the accusations thrown at the star...

This is undoubtedly the worst. Recently, it seems as though Kim just can't do anything right and her latest antics have people accusing her of racism.

Previously, the social media mogul has been accused of using her kids as an excuse to culturally appropriate.

Where did this all come from? An old picture.

Fans were not happy.

There were thousands of these comments being thrown around.

However, her latest move is so controversial that people have accused her of full-on racism.

While Kim was showing us her perfect lip combination, she did this...

Before uploading the snap that showed her applying lipgloss in the center of her lips, she decided to type a caption that shocked all of her fans.

"Don't judge me for my pale hand." Keep scrolling for the controversial pictures so you can decide if the color difference is as extreme as fans think it is.

They were less than impressed...

And that's when the "racist" label started being plastered all over her.

This user re-edited her caption...

So many people agreed with her...

And then started the "race debate."

@theeurbansage It ruins the aesthetic and the branding. They can't have that until it benefits em
— Big Kings (@Big Kings)1588260991.0

People were very passionate in the comments.

Other people decided to bring her kids up again...

@nazmraz Isn’t the first rule of wearing foundation is to choose one that matches with your skin? She probably pick… https://t.co/aFZ4voxaWC
— PHUMI NORRIS (@PHUMI NORRIS)1588273198.0

Is this taking things too far?

Someone else savagely included these old pictures from Keeping Up With The Kardashians..

While some people tried to defend her...

This user claimed, "it looks like someone else is doing he make-up."

Others quickly shut that down...

Is she apologizing for "being white?"

Is this our society now?

Her hand is clearly a different color to her body but were the reactions too extreme for a "tan" issue? This is the debate no one can seem to settle.

Someone even went as far as editing the photo so her face matches her hands...

If you want to read more controversial Kardashian/Jenner news, then keep scrolling...