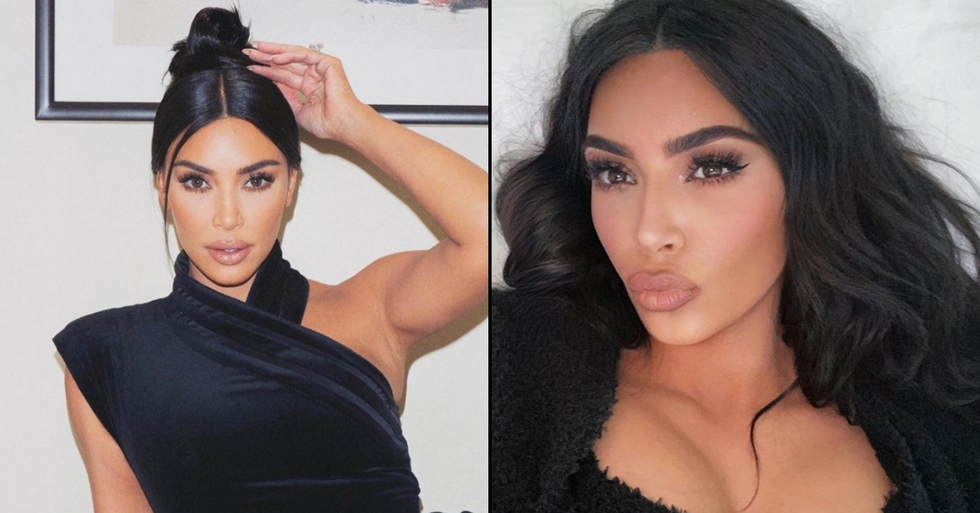 The comments are brutal. Keep scrolling to see why fans are furious...

And this time, she has been put on blast after releasing a line of face masks.

And her most recent move hasn't impressed people at all.

We are all aware of Kim's underwear line, SKIMS.

SKIMS' most recent product has certainly ruffled some feathers... and it has nothing to do with underwear.

Yep, now even PPE has to have a designer label.

The masks come in 5 different "nude" tones that are supposed to be reminiscent of all skin tones.

Kim took to Twitter to advertise her new line...

And before she knew it, her face masks had completely sold out.

Many parts of the country are now making it mandatory to wear face masks in public so the demand for masks is higher than ever.

But of course, fans aren't happy...

@KimKardashian @skims Rather than profiting from a global pandemic, why not donate those face masks to people who a… https://t.co/e88ht22Kwm
— James Wildman (@James Wildman)1589648414.0

And a lot of people have had things to say about Kim's new line.

Many have encouraged buyers to shop from smaller businesses instead...

As let's face it, Kim is pulling in millions of dollars every month with her business.

Many are wondering why Kim can't simply donate rather than sell.

This Twitter user isn't the only one who has been tirelessly working to donate PPE to those in need.

And a lot of fans have called for the millionaire to donate funds towards finding a vaccine...

Because that is the most important thing right now.

However, many have ran to Kim's defense...

And they have claimed that the reality star has actually donated a lot of her money towards pandemic causes.

But the launch has annoyed fans for another reason...

Some have accused the campaign of being "casually racist" after giving the black model a completely black mask as her nude tone.

People wondered why the model's mask color was black and not her nude.

you’d think this family would know shades of black skin tones considering their kids are black too and you’d think… https://t.co/ZuiNXQRcZV
— 𝒸𝒽𝒶𝓁𝓊𝓀𝓎𝒶 (@𝒸𝒽𝒶𝓁𝓊𝓀𝓎𝒶)1589733490.0

And many were quick to say that the star should have known better. "You literally made the black models mask TOTALLY BLACK. You do realize black people aren’t the color black like white people aren’t paper white? The other skin tones are fine but why couldn’t you make a dark brown color?" wrote one user.

Another user described the campaign as "inaccurate, offensive, and culturally out of touch."

"what is she THINKING."

Others rushed to her defense.

Want more Kim Kardashian controversy? Keep scrolling to find out why her mother's day picture had been branded as "dangerous"...