King of Thailand Ignores Lockdown as He Travels 12,000 Miles to Go to Party | 22 Words 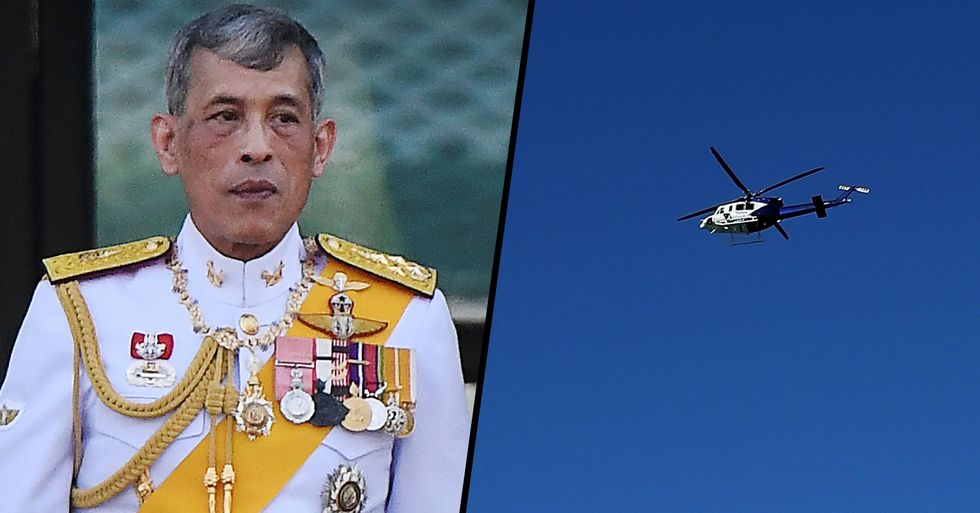 King of Thailand Ignores Lockdown as He Travels 12,000 Miles to Go to Party

The global pandemic has brought the entire world to a complete standstill. As the death rates rapidly rise per day, more and more people are falling into a mass panic.

But it seems that not everyone has been following the social-distancing rules, including the King of Thailand.

Keep scrolling to find out exactly what's he's done and all the rules he's broken in the short timeframe...

Now, most of the world is currently on lockdown - trying to master the art of social distancing.

Nothing seemed to stop the spring breakers...

And even police warnings didn't fazed the revelers.

CBS Evening News posted a video on Twitter of a young man partying in Miami for Spring Break. He said, "If I get corona, I get [the virus]. At the end of the day, I'm not gonna let it stop me from partying! I've been waiting a while... we've been waiting for Miami Spring Break... for about 2 months."

They then interviewed a young woman...

"It's really messing up with my Spring Break, what is there to do here other than go to the bars and the beach? And they're closing all of it... I think they're blowing it way out of proportion," she (unbelievably) said.

"We're going to enjoy ourselves, we're having parties all-day - It's my birthday, it's St. Patrick's Day... turn up!"

Of course, these comments angered a lot of people.

@CBSEveningNews Young and stupid. There’s just no polite way to respond to this level of self-absorption.
— JJMahoney (@JJMahoney)1584559075.0

Many branded these youngsters as "self-absorbed" and "stupid."

And many were offended by their selfishness...

It really isn't hard to understand why.

But this week, it seems the King of Thailand is among those still failing to listen to the lockdown rules.

Why? Because he just travelled twelve-thousand miles to attend a lavish party.

How can people be expected to adhere to social distancing when their own leader isn't doing so?

King Maha Vajiralongkorn has been staying at a luxury hotel in Bavaria, Germany, with his twenty girlfriends.

But, last week he took a private jet and flew to Bangkok, where he enjoyed a gigantic banquet.

According to reports, the Thai leader stopped off in Zurich, Switzerland, beforehand.

Here, he supposedly picked up his wife, Queen Suthida, who has been staying there while she self-isolates.

He then made his way to the Thai capital.

There, he was greeted by Prime Minister, Prayut Chan-ocha, and the head of the Thai armed forces, Apirat Kongsompong.

Following the party, King Maha Vajiralongkorn jumped back on his private jet...

Dropped his wife back in Switzerland, before heading back to the Grand Hotel Sonnenbichl... All in the space of twenty-four hours.  And, having spoken out since, he doesn't seem to feel bad about it either: "This pandemic is not the fault of anybody. The government must solve the problem by understanding its causes. "It is necessary to establish a system and communicate it to the people and to understand it well." For more on the pandemic, keep scrolling to see the full list of every movie and TV show that has been canceled or delayed...