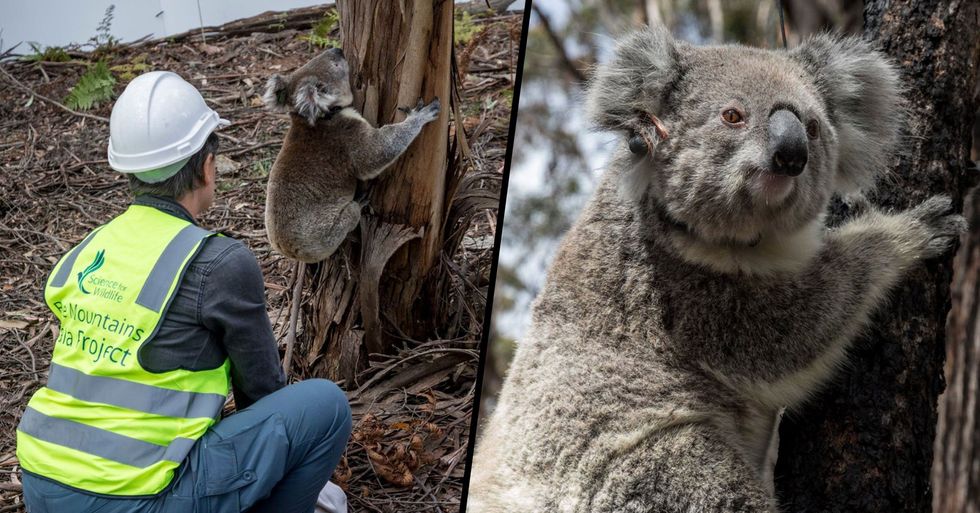 Koalas Are Being Released Back Into the Wild After Australian Bushfires

Australia has been burning for months on end now, and there has been very little hope in sight for it's exhausted residents.

News surrounding the bushfires seems to have taken a backseat in recent weeks, especially in light of the coronavirus pandemic. But now, the remarkable news has come in that koalas are being released back into the wild. Keep scrolling to read more about this incredible news...

A combination of record-breaking high temperatures and a prolonged drought resulted in the outbreak of several bushfires across Australia's east coast.

And, thanks to the country's prolonged drought...

Thousands of firefighters have been bravely tackling the flames...

But much of their efforts were to no avail, as the fires continued to rampage across the country.

And countries such as Canada, New Zealand, and the United States sent in their own firefighters in a bid to help tackle the blazes.

But, heartbreakingly, many of Australia's brave firefighters lost their lives in the fight for their country.

And roughly 2.5 million acres of land have been burned - That's nearly the same size as South Korea, just to put things into perspective.

The flames stretched for thousands of miles.

This the view from the top of the Tasman Glacier NZ today - whole South island experiencing bushfire clouds. We can… https://t.co/YOZiUZ5asn
— Miss Roho (@Miss Roho)1577876676.0

And people in neighbouring countries such as New Zealand were reporting being able to actually see and smell the smoke.

And are currently being nursed back to health by volunteers. However, their caregivers are concerned about their survival rates, considering that a staggering proportion of their natural habitats have been destroyed.

But, it seems there's finally been some good news.

Months after being rescued, surviving koalas are being released back into the wild.

So far, thirteen koalas have now been released back into their natural habitat in the Blue Mountains.

This is the first step of a larger rehabilitation plan for them.

With the hopes of restoring the koala population there.

In a statement, Dr. Kellie Leigh, the executive director of Science for Wildlife, said:

"While they have coped well in care we are delighted to finally send our koalas home. We have been busy assessing the burnt area that we rescued them from, to establish when the conditions have improved enough that the trees can support them again. "The recent rains have helped and there is now plenty of new growth for them to eat, so the time is right. We will be radio-tracking them and keeping a close eye on them to make sure that they settle in OK."

Is this a new glimmer of hope for Australia?

Let's hope that this news is only the beginning of a new chapter for the devastated country. While on the topic of good news, let's just discuss how great Australia's animals are. Keep scrolling to read more about koalas, and to hear the heartwarming story of a koala joey and his mother after enduring life-saving surgery...