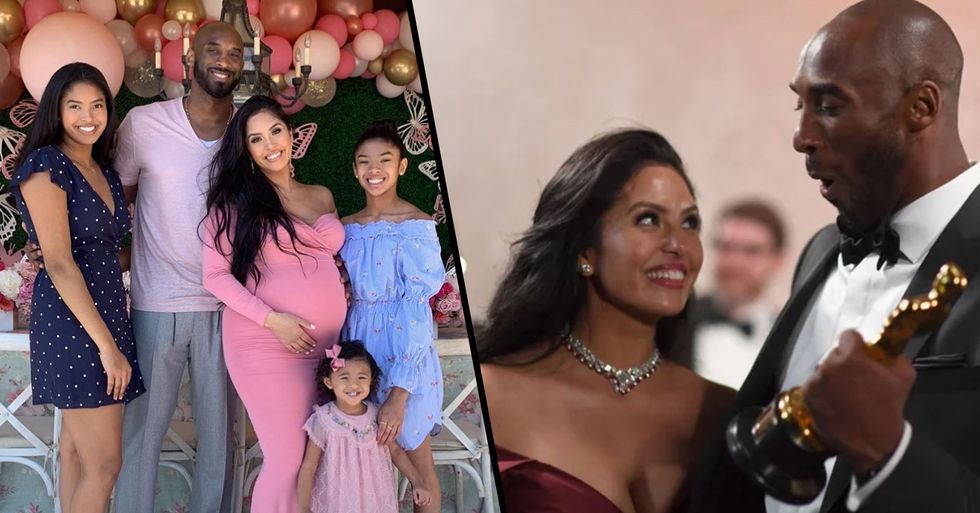 On Sunday morning, the shocking news came in that the legendary NBA player, Kobe Bryant, had died in a helicopter crash. He was just forty-one-years-old. 9 other people are now confirmed dead, including Kobe's thirteen-year-old-daughter, Gianna.

The world has been in mourning ever since the tragedy, and just what Kobe's wife and his remaining daughters must be going through is simply unimaginable.

But now, it has emerged that the sportsman's wife, Vanessa, had previously struck a deal with her husband to never fly in the same helicopter together, which only suggests something truly heartbreaking...

Gianna Bryants, aged only thirteen, also passed away in the tragedy.

So it is completely devastating that she, along with her father and the 7 other victims on board the flight, was taken too soon.

Heartbreaking footage has emerged showing the aftermath of the tragedy which took their lives.

And, amid all the footage and details from the aftermath of the crash...

It is impossible to even imagine what Kobe's wife, Vanessa, who married the star in 2001, is currently going through.

She has lost both her husband and her child...

And in the most horrific way possible.

Vanessa stuck by her husband, whom she had been with since high school, through thick and thin...

Including the 2003 sexual assault allegations, in which the NBA star admitted to being unfaithful to his wife.

But, when it came to his excessive use of helicopters as a means of traveling...

Kobe would regularly use helicopters to travel around Los Angeles...

But Vanessa never followed suit and vowed to never fly in the same helicopter as her husband.

The couple had struck up a deal...

“He and Vanessa had a deal that they would never fly on a helicopter together," a source told PEOPLE.

Now, the reasons for their agreement haven't been confirmed...

But it isn't difficult to assume why Vanessa was so reluctant to get into the same helicopter as her husband.

Their agreement implies that Vanessa doesn't hold a lot of trust in helicopters...

And, by agreeing to never fly in the same one as Kobe, it suggests that she was maybe apprehensive of a disaster like the one on Sunday.

It is probable that they were thinking about their children, also...

And were perhaps worried that, in the event of a disaster, their daughters would be left completely orphaned.

By never flying together...

Their daughters would always have at least one parent left. Truly heartbreaking. R.I.P, Kobe and Gianna Bryant.