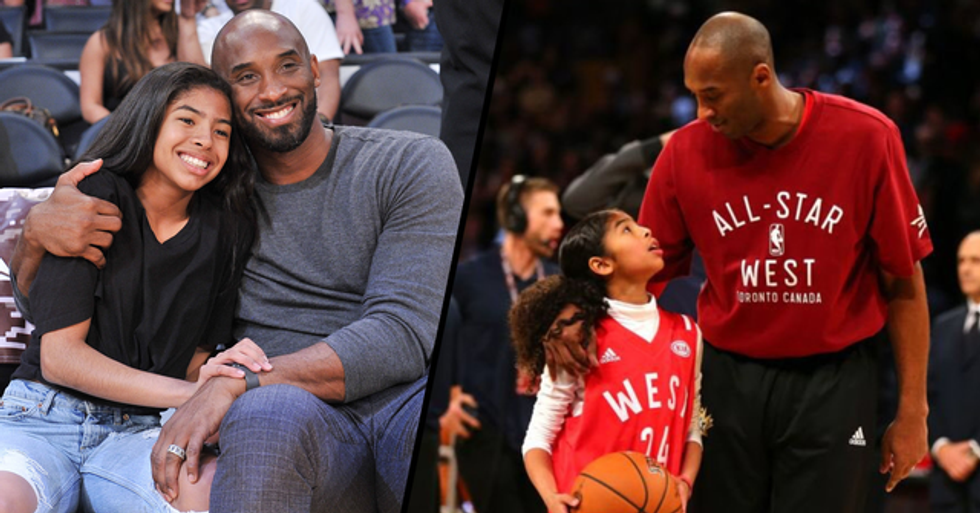 Yesterday morning, aged only forty-one, the legendary NBA star, Kobe Bryant, died in a horrific helicopter crash. And, to make this accident even more tragic, the basketball player was sadly accompanied by his thirteen-year-old daughter, Gianna Bryant, who also died in the crash.

Gianna, who was nicknamed "Mambacita" after her dad's iconic "Black Mamba" title, was set to have her own future in basketball before her untimely death.

And now, news has come in that, just weeks before the disaster, Kobe had gone out of his way to trademark the meaningful nickname for her future career in the sport. Keep scrolling for the full story...

But, devastatingly, his private helicopter went down and a "fire broke out," TMZ reported.

Gianna "GiGi" Bryant was also on board the helicopter at the time of the crash.

TMZ Sports reported that Gianna, aged thirteen, was one of the 9 fatalities onboard the doomed helicopter.

And had wanted to eventually make it to the Women’s National Basketball Association.

Various stories of the father-daughter duo have been emerging since their untimely death...

And it is quite evident that the proud dad had big dreams for his daughter.

Bryant has discussed Gianna's future in basketball several times in the past...

And Gianna's resilience and passion for the game was quite apparent.

We all remember the time Bryant was asked if Gianna “might want to play in the WNBA..."

And, while appearing on the Jimmy Kimmel Live show back in 2018, the evidently proud dad replied, “She does, for sure!"

Kobe was consistently urged to have a son in order to "continue his legacy"...

But Gianna wasn't having any of this.

Not one to let her gender define her basketball success, the teen called out the fans for their comments.

And Kobe simply couldn't contain his pride, as he beamed and applauded along with the audience after telling his daughter's story.

And the interview only offers only a tiny fragment of the special bond the player had with his teenage daughter.

Basketball was what united the pair...

And Gianna dedicated her life to the game before it was abruptly cut short.

And Kobe even had his own unique nickname for the budding basketball star.

Gianna's nickname was a play on Kobe's own nickname...

The NBA star had frequently referred to his daughter in the past as the “Mambacita," in reference to his self-anointed “Black Mamba" nickname.

He would often refer to her as "Mambacita" over social media...

And it appeared to be a cute and affectionate term between father and daughter.

But Kobe apparently had much bigger plans for the endearing nickname...

Because, according to documents obtained by TMZ Sports, he had filed to have the name trademarked for his daughter.

"Mambacita" was going to be officially trademarked.

According to the obtained documents, the plan was to put "Mambacita" on an array of different sportswear - T-shirts, shorts, hats, jerseys, sweatpants, sweatshirts, and hoodies.

It seems that the teen's career was fully planned out...

And it was pretty clear that she was certainly going to live up to her father's legacy.

It's a truly devastating loss.