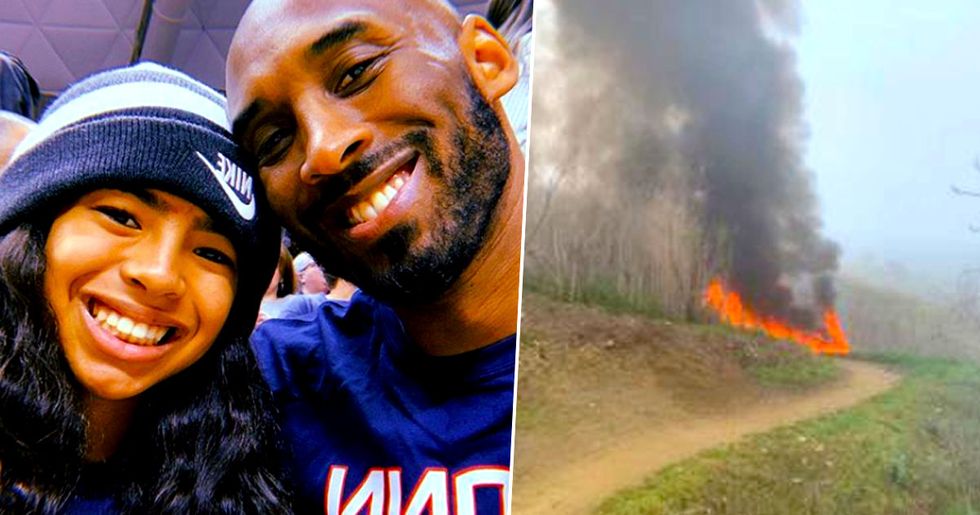 The internet's heart was broken when it was revealed that the legendary NBA player, Kobe Bryant, had died in a helicopter crash last week. He was just forty-one-years-old. 8 other people have been confirmed dead, including Kobe's thirteen-year-old-daughter, Gianna.

It is an utterly shocking tragedy, and everyone is wondering the same thing... What on earth happened?

Many different theories as to why the aircraft crashed have been speculated, including the pilots' role in the incident and now, the investigation into the crash, has made things clearer than ever before.

It has been confirmed that Kobe Bryant has tragically died in a helicopter crash last week.

Their eldest was Natalia, who's seventeen, followed by Gianna, aged thirteen, then Bianka, aged 3, and Capri aged just 7 months.

He loved being a dad.

The 2 were often pictured giggling and smiling together, and it was clear that she was the apple of her father's eye.

And, alongside Kobe and Gianna, 7 others have been confirmed to have died.

And many people are asking the same thing...

What was it that caused their helicopter to malfunction so severely?

A digital map of the helicopter's journey shows the turbulent nature of the flight...

And it can be seen that the helicopter circled over Glendale several times before crashing near Calabasas.

And now, we can hear the moments of chaos that happened prior to the crash...

The controllers can be heard mentioning poor visibility around the Burbank and Van Nuys areas, but the pilot talks to controllers normally before communication suddenly goes dead near the crash site at Calabasas.

The pilot was warned that he was flying "too low level for flight"...

And, seconds later, he drops off the radar entirely.

And that's when the accident occurred.

And now chilling audio from concerned people that witnessed the crash and reported it to 911 has been released and it's shocking, to say the least. Keep scrolling to see the full video.

People have been left devastated by the audio.

It has brought up some painful memories.

The details that people outlined were disturbing...

Here are the calls...

The first caller said this:

"I can hear this plane, I think it was in the clouds. We couldn’t see it and then we just heard a boom and a dead sound. Then I can see the flames."

"We heard it, and I’m now looking at the flames."

And the final one explained what they saw:

"I just heard a helicopter go over me. It went over my head, it is thick in the clouds and then I heard a pop and it immediately stopped." Truly shocking. Our love and prayers go out to everyone affected by this tragedy. RIP.

Now the investigation into Kobe's death has revealed even more.

The investigation into the crash has been a tough one. As there was no black box on board, and no explanation from the pilot, it has been incredibly difficult to discover what actually happened.

The NTSB says an initial investigation into the Kobe Bryant helicopter crash shows no outward evidence of engine failure. They claim it appears the engine was working at the time of the crash because there was a cut tree branch at the crash scene.

However it only managed to reach 2,300 feet before trying to make a left turn. Just seconds later the aircraft began descending (while trying to turn) at an incredibly high rate of speed, dropping at rate of 4,000 feet per minute before crashing into the mountain.

It's thought he managed to clear one hilltop before crashing into another, although nothing is certain. Seconds before crashing the pilot asked for assistance but was told he was too low.

So far that's all we know.

What happened next, nobody is certain, aside from the fact the helicopter crashed. One witness, a mountain biker, saw the helicopter descend from the clouds before crashing just feet away from him. Such a tragedy. Rest in peace.