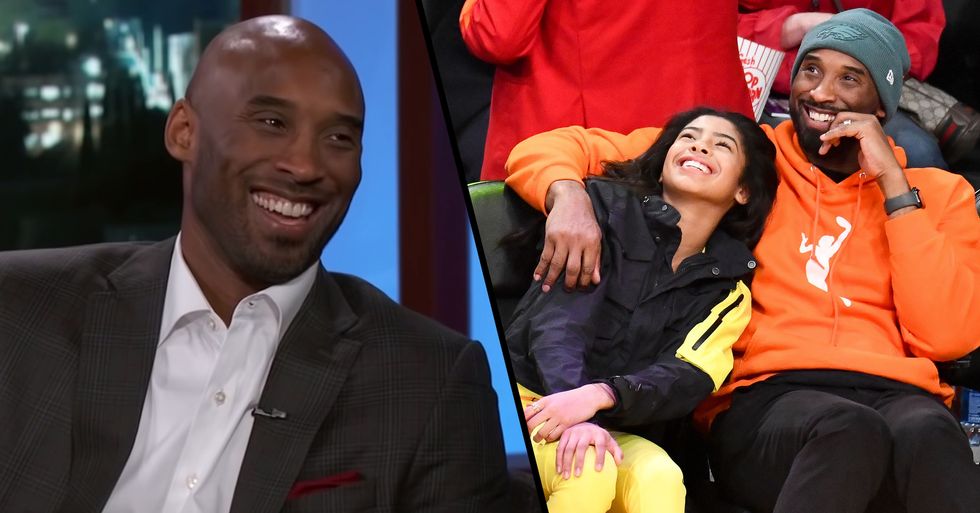 Yesterday morning, aged only forty-one, the legendary NBA star, Kobe Bryant, died in a horrific helicopter crash. The basketball player was sadly accompanied by his thirteen-year-old daughter, Gianna Bryant, who also died in the accident.

Gianna was set to follow in her dad's footsteps and had a promising future in basketball ahead of her before her untimely death. And now, amid the tragedy, an old interview with Kobe has emerged which shows him sharing the most heartwarming story about his daughter's passion for the sport and continuing his legacy.

Keep scrolling for the full story, and to watch the emotional interview.

And now, amid their untimely death, one of Bryant's interviews about his daughter has resurfaced.

During a 2018 appearance on Jimmy Kimmel Live, the basketball star was quizzed on his daughter's abilities on the court.

Bryant discussed Gianna's future in basketball throughout the interview...

And he shared a story that highlighted her resilience and passion for the game.

The player was asked if Gianna “might want to play in the WNBA..."

In which the evidently proud dad replied, “She does, for sure!"

"This kid, man." And Jimmy exclaimed, "That'd be great!" to cheers from the audience.

Kobe went on to tell a story about a time when a group of fans approached him and his daughter...

They were suggesting that Kobe needed to have a son for his legacy to be continued...

Well, Gianna wasn't having any of this.

And, throughout the full interview, Kobe couldn't contain his pride and beamed and applauded along with the audience after telling his daughter's story.

You can watch the emotional interview here...