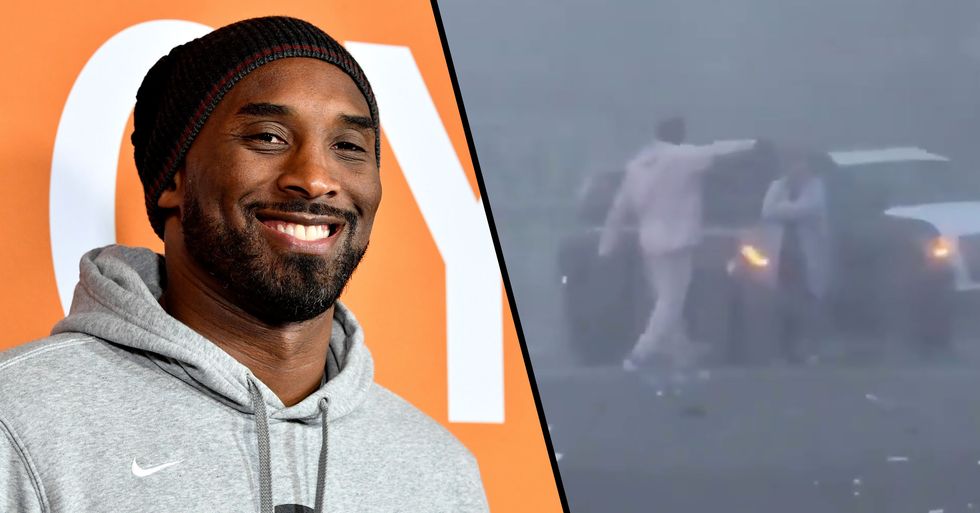 The star was known for being one of the greatest players of all time, with a career with the Lakers spanning 2 decades. Bryant's daughter, Gianna, was also on board the helicopter with her father and died in the crash. However, as of today, all 9 victims have been named.

As tributes pour in, a clip has surfaced of Kobe from last month and it shows how huge his impact really is.

"With great sadness that we learn of the death of Kobe Bryant and four others in a helicopter crash." "The aircraft went down in a remote field off Las Virgenes around 10am this morning. Nobody on the ground was hurt. However, we have now learnt that 9 individuals were killed, not 4.

"I am in shock over the tragic news of Kobe’s and Gianna’s passing. Words can’t describe the pain I’m feeling. I loved Kobe – he was like a little brother to me. We used to talk often, and I will miss those conversations very much. "He was a fierce competitor, one of the greats of the game and a creative force. Kobe was also an amazing dad who loved his family deeply – and took great pride in his daughter’s love for the game of basketball," he continued. "Yvette joins me in sending my deepest condolences to Vanessa, the Lakers organization and basketball fans around the world."

The basketball world has been left in mourning of the star.

But it seems that the NBA has come under fire for opting to go ahead with its scheduled games.

This breaks my soul. NBA advocates for player mental health, but letting the games play on. Messed up https://t.co/WKklYfTnkA
— Legendary Lakers (@Legendary Lakers)1580076657.0

And they were arguably not in a fit state to be going out on the court.

One player who was extremely distressed by the news was Houston Rockets’ Tyson Chandler.

Tyson Chandler clearly heartbroken. Not sure how these players are able to focus on the game. #Rockets https://t.co/QlO0ByjsEI
— Alykhan Bijani (@Alykhan Bijani)1580071665.0

Someone tweeted a clip of the player along with the caption: "Tyson Chandler clearly heartbroken. Not sure how these players are able to focus on the game."

In a pre-game interview, the fifty-eight-year-old can be seen choking up when talking about having to tell the team about Bryant’s passing.
"This is just shocking news for all of us – sorry I don’t have a lot of say… I just can’t. I have to go talk to a team and tell them to play a game."

Some argued that Kobe wouldn't have wanted all of the games to be canceled...

But the fact remains that many of players were not in the right mindset to be playing.

As the world goes into mourning, fans have been quick to share Kobe's greatest moments.

And amongst the online tributes, a heartbreaking clip has surfaced of Kobe from last month.

The sports star had witnessed a major incident on the road.

And instead of getting off to wherever he needed to be...

He stayed behind to comfort the victims and redirect traffic.

And waited with them until law enforcement arrived on the scene.

It's clear that his impact off-court has been just as big.

The official cause of yesterday's crash is currently under investigation.

We'll bring you more details as the story develops. Our thoughts are with Kobe and Gianna's family as well as all of the families of the 7 other victims.