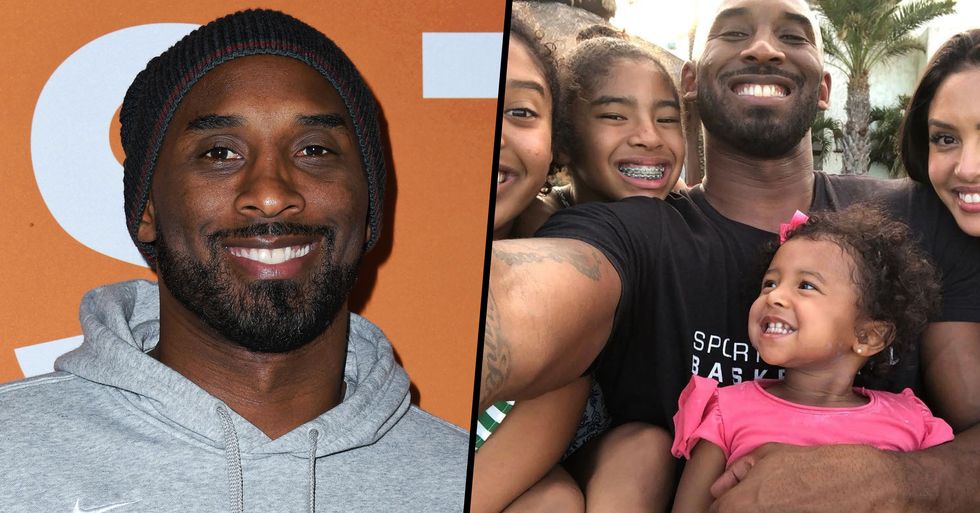 The internet's heart was broken when it was revealed that the legendary NBA player, Kobe Bryant, had died in a helicopter crash on Sunday morning.

He was just forty-one-years-old, and 9 people are now confirmed dead - one of which was his thirteen-year-old daughter Gianna Bryant.

The entire world has been mourning this terrible loss, and now, Kobe's tribute to his wife and children that he made a few weeks ago has emerged.

It was confirmed that Kobe Bryant tragically died in a helicopter crash on Sunday the 26th of January, 2020.

He was a true legend in the sport...

And by his second season, Kobe had been named an All-Star.

When he was just thirty-four years old, Kobe became the youngest player in league history to reach 30,000 career points...

The pair were both just 17-years-old but quickly fell in love - becoming engaged after only six months of dating. They were married in 2001, and their first daughter arrived in 2003.

They went on to have 3 more daughters...

Kobe was deeply in love with his wife...

Amidst his busy schedules balancing family and work, Kobe was known for opting to use a helicopter for travel...

But tragically on Sunday morning, his private helicopter went down and a "fire broke out."

TMZ Sports reported that Gianna, aged thirteen, had also tragically died in the crash. It is thought that the father and daughter were on their way to the Mamba Academy for basketball practice, nearby Thousand Oaks.

Kobe supported his daughter's passion for the sport...

And he would regularly take her along to women's basketball games - and Gianna played for the Mamba Academy ballers, where her father was the coach.

Family was everything for the Bryants...

And just a few weeks ago, Kobe took to Instagram to share an emotional message for his girls.

He shared a throwback of him and Vanessa...

And he captioned the post, "On this day 20 years ago I met my best friend, my Queen @vanessabryant I decided to take her on a date to Disneyland tonight to celebrate old school style (pre 4princesses) I love you my mamacita per sempre."

The couple were truly in love...

And it is beyond devastating to know that their family has now been completely torn in half. Our thoughts and condolences go out to the Bryant family, and also the families of those lost in the terrible accident.