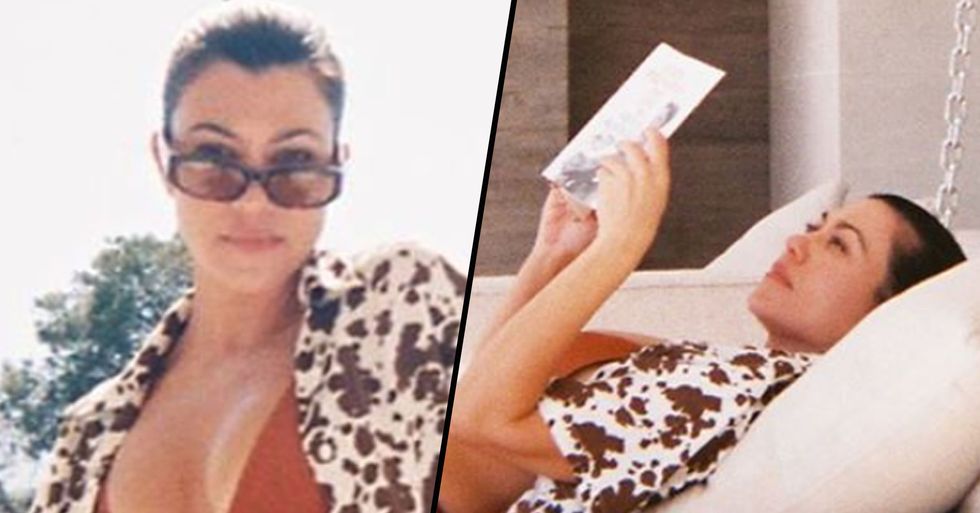 Kourtney Kardashian Claps Back at Body Shamer After Gaining Weight

Kourtney Kardashian is known for keeping it real, and her latest antic is certainly no exception.

The star has been forced to clap back at comments body-shaming her after she posted a series of bikini pics. And in usual Kourtney-style, she didn't hold back.

Keep scrolling to see the clap back and pictures in question...

Whether you are a fan or not...

There's no denying that the Kardashians are a pop culture force to be reckoned with.

From her relatable resting-b*tch face to hilarious one-liners, Keeping Up With the Kardashians fans have hailed the star as a bit of an internet meme.

Kourtney often gets praised for keeping it real.

She previously made headlines for showing off her stretch marks, for instance.

The star clearly doesn’t care about embracing her natural body, stretch marks and all.

But this week, she has been forced to clap back at body shamers.

She really didn't hold back.

The comments were sparked yesterday, when the star posted a series of bikini pics.

The star took to Instagram and uploaded some snaps of her catching some rays during lockdown.

But the comments quickly became filled with the same thing.

An overwhelming number of fans thought that Kourtney was pregnant.

And while the comments weren't nasty per se, fans were clearly making a judgment based on Kourtney's body.

The comments just kept flooding in...

They were pretty hard to ignore. Keep scrolling to see the snaps in question.

Oh, and let's remind ourselves that she's had 3 children...

So her body won't look completely the same... and that's okay.

So, the reality star was forced to step in...

She settled the score on the rumors.

Here's how Kourtney clapped back.

And here are the pics in question:

Can we just say, she looks amazing. Little sister Kylie Jenner was recently body shamed and she responded in the best way. Keep scrolling for the full story...