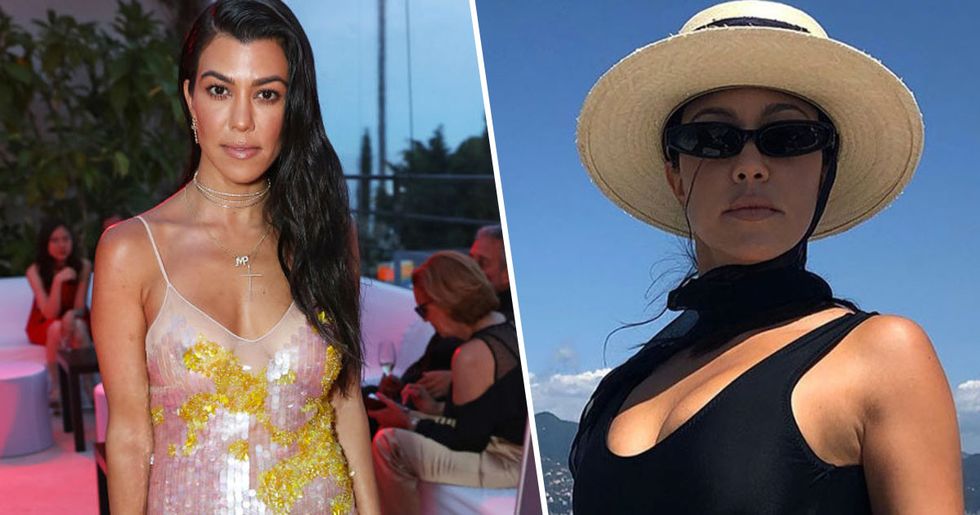 Kourtney Kardashian Praised for Showing Off Her Stretch Marks on Instagram

The Kardashians don't exactly have a reputation for sporting a natural appearance. Whether it's retouching their selfies, using body makeup, or having a bit of filler here and there - the famous family aren't really known for embracing their natural selves.

But, amidst all the backlash surrounding their persistent use of photoshop and plastic surgery rumors, in a refreshing turn of events, it looks like the Kardashians have hit the headlines for something positive. And it's courtesy of Kourtney Kardashian.

The eldest sister of the Kardashian clan has received praise after posting an image to Instagram showing off her stretch marks, and we honestly couldn't be happier.

Keep scrolling to view the image that's got the internet talking.

The Kardashians aren't really known for embracing their natural selves.

Let's be honest, the use of the smooth tool isn't even subtle. In fact, this particular image drew in immense criticism, with one user saying: “Why would someone do this to themselves?"

Looks like whoever edited this pic forgot about Khloe's arm, which seems to have mysteriously disappeared.

And everyone all of a sudden became obsessed with doing squats.

From one squat challenge to another, so many of us wanted that "Kardashian" butt.

It's usually one controversy after another in Kardashian-land.

One nude photo here, another photoshop fail there, and perhaps the odd nose job later, social media seems to bring zero positivity to the family.

The oldest sibling, Kourtney Kardashian, has been receiving a lot of praise for a snap that she just posted to Instagram.

She's been vacay-ing in Italy with her family this week, and it looks like she's promoting a bit of body positivity while she's there...

It's quite a powerful statement.

Though it shouldn't be a big deal to embrace your stretch marks, coming from a Kardashian, it kind of is. One fan even noted that this was the first time that they'd ever actually seen stretch marks on a Kardashian.

And the internet certainly seems to agree.

People were literally overjoyed by the snap, with one user writing: "Yaaass... she’s normal she has stretch marks! Thank you for being real and not flawless."

Let's hope that this is the first of many untouched posts from the star...

When it comes to breaking the Kardashian-mould, Kourtney isn't the only one. Unless you've been living under a rock, you'll know that Kim Kardashian is training to be a lawyer. Yes, you read that right. But when the star turned up to one of her law exams, everyone said the same thing...