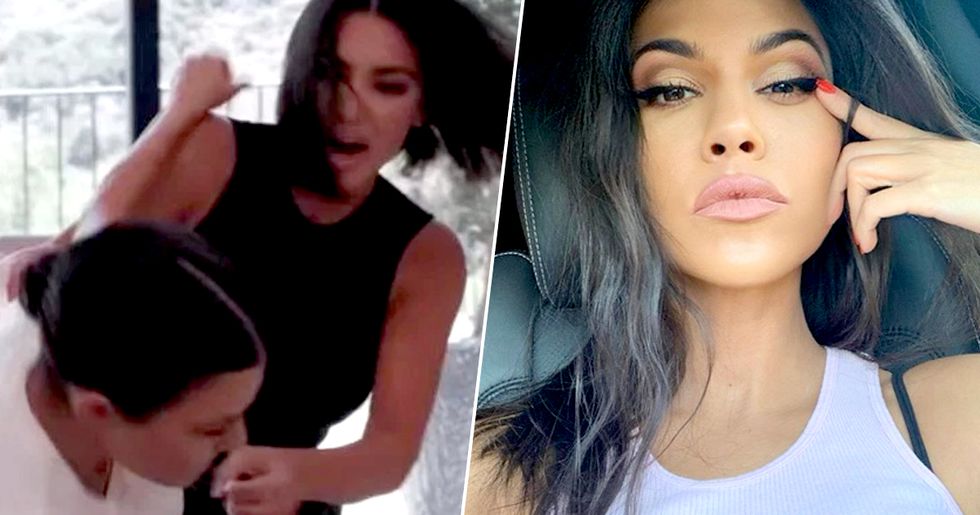 Kourtney Kardashian Responds After Kim Hit Her in Face on Air

It's also no secret that the sisters have had their fair share of squabbles over the years, but we hadn't seen anything like when Kim hit Kourtney in the face on air.

Now Kourtney has spoken out about the brawl.

Keep scrolling to see what she said.

We're currently waiting for season 18 of KUWTK to drop.

But fans were in for a surprise when they saw the preview...

Kim and Kourtney appear to have a major bust-up, and when the drama reaches new heights, things become physical. Keep scrolling for the clip.

Fans got a glimpse at the fight on a teaser for the upcoming season of the family's hit reality show.

Some are excited to see it unfold, whereas others are adamant it is staged for publicity.

Yikes. Interested in more Kardashian news? Keep scrolling to see why people are "disgusted" with Kim after pictures of North emerge.

Now Kourtney has spoken out.

Kourtney broke her silence on the brawl between her and Kim after fans went online calling it 'cringeworthy'.

The tweet, by Rob, nicknamed Kourtney the 'nail digger', and it seems Kourtney quite liked the way it sounded, so she adopted it as her own. She tweeted:

It is from our darker moments where growth happens

Commenting on her decision to leave the family, Khloe wrote:

It feels like a revolving door – so Kourtney might leave this week but she’ll come back. They always come back.