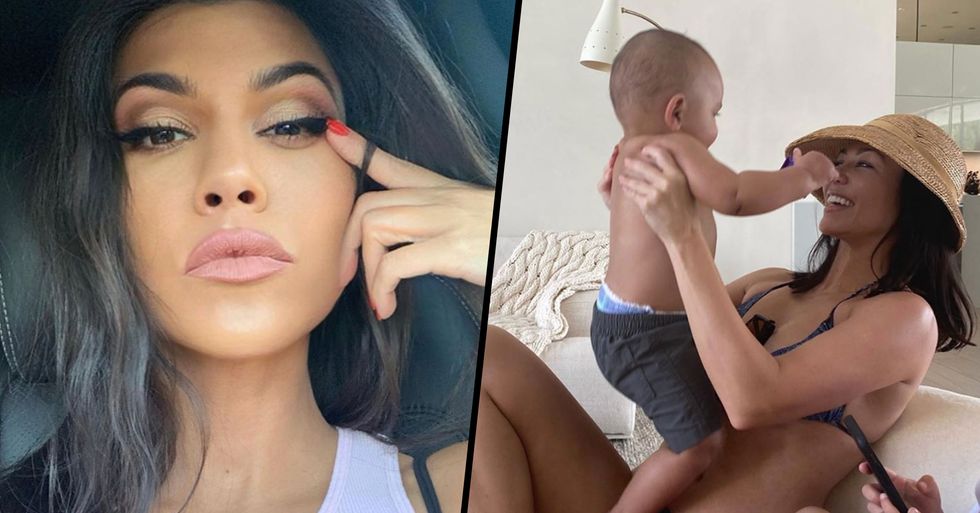 Kourtney Kardashian's mothering techniques have never been far from comment online. But her latest claims have caused a really big controversy...

The oldest sibling, Kourtney Kardashian, has been receiving a lot of praise for a snap that she recently posted to Instagram.

When she was vacay-ing in Italy with her family recently, she promoted a bit of body positivity while she was there...

But now Kourtney's in the news for another reason.

And it's caused something of an online storm ...

Rosie Huntington-Whitely is a British model and entrepreneur.

And one of her business ventures is an online magazine in which she interviews celebrities.

None other than Kourtney Kardashian, of course!

During the interview, Rosie asked Kourtney something she's never going to apologize for.

And she replied, "Kissing my kids on the lips."

She was pretty candid about mom-shaming.

"I really try to not give energy to things that aren’t worthy of my energy. Once in a while, I may respond to a negative comment for fun, or if something really does bother me I definitely have the platform to correct it … but I usually don’t think twice," she told Rose Inc.

"No matter what it is that I am doing, someone has something to say, good or bad."

"The worst, though, is when people I don’t know give unsolicited parenting advice. No one knows my kids better than me. I’ve got this, I’m good, thanks." Here, here, Kourt! Fancy another brutal takedown of Kourtney's parenting? Read on for Kendall's savage insult to her sis ...