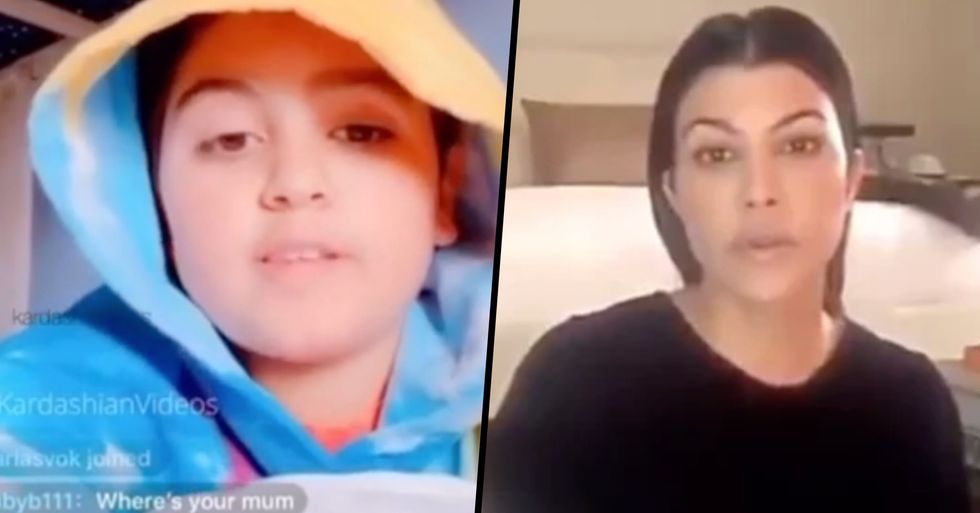 Last week, after her 10-year-old son, Mason, ran an Instagram live Q&A without her permission, she well and truly put her foot down.

However, it seems Mason is refusing to be silenced...

And he did perhaps the worst thing imaginable for the family by starting an Instagram Live Q&A. Yikes.

But it seems Mason can't be silenced...

Why? Because he's now taken to TikTok to spill on the tea on his famous family. Keep scrolling for the clip.

His first TikTok page got removed, but in his new account, he told his followers why he keeps getting deleted...

According to Mason, his first TikTok page was deleted because he was "too young."

And he's not happy with the fact that his mom deleted his Instagram either...

He believes if it wasn't for his mom, he would have been an influencer by now. “I went viral. I would’ve had 2.7 mil by now if I kept it up," he said.

He also gave an update on his family in light of the coronavirus pandemic.

And make sure to keep scrolling for the latest on Kylie and Travis...