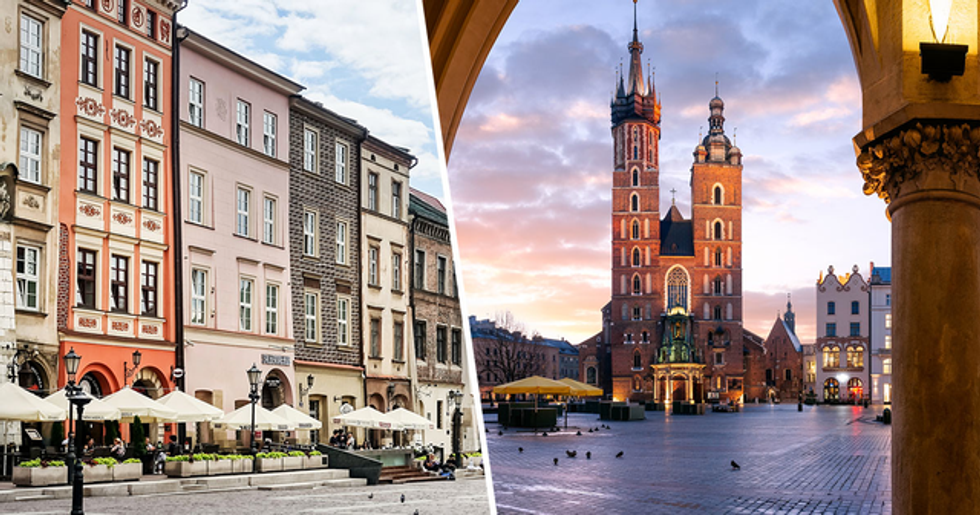 If you're planning a getaway to Europe, the sheer amount of different cities can feel a little overwhelming. Choosing just one for your vacation can seem basically impossible. Sure, there are the famous classics - but what about the hidden gems that you may never have considered?

Well, luckily for you, there's a handy survey that could help you decide. Which? does an annual review of the best places to go on a European city break - and the three-time winner may come as a surprise.

But let's start with the cities that didn't fare so well.

In spite of a visit from royalty this year, Valetta was the tenth least popular destination in the survey.

In spite of being highly popular, many found the Gaelic city dissatisfying.

You may recognize this city from Game of Thrones, but it hasn't fared well in the Which? survey, scoring only seventy-six percent.

Though these pictures look stunning, tourists are less impressed with the coastal city.

This beach resort did not score highly - although based on this pic, we wouldn't say no!

Not even the aurora borealis could save this city from a meager seventy four percent score.

Earning a not-so-coveted place in the top three unpopular cities is Belgium's capital.

Another entry from Italy into the list is Milan.

And the most unpopular European city goes to ... Alicante. Although based on this view, we can't really see why? Now for the top ten most highly rated destinations.

Coming in strong with eighty-five percent is this stunning city.

The setting of Romeo and Juliet is as fair as the infamous Shakespeare quote.

If you've been, you know - this is surely the most beautiful city on earth.

Not only is this city stunning - it's also known for being one of the most affordable in Europe.

This canal-filled city is unlike anywhere else on earth. Art lovers in particular favor the incredible galleries, including the Van Gogh museum.

Whether you fancy raving all night or visiting some incredible historical landmarks, this city has it all.

Breaking into the top three is this stunning Andalusian coastal location.

We can totally see why tourists would enjoy a trip to this beautiful location.

But the winner of the most popular city is Krakow - and even more impressively, this is the third year in a row it's topped the list. And once you have the details, it's pretty clear why.

You may be thinking, "where?"

Krakow is a city in the south of Poland - meaning it has a more mild climate than the capital, Warsaw.

But those in the know get it.

People who've visited the city love it. That's why the city has topped this particular Which? poll for an incredible three years in a row.

The Which? survey is pretty all-encompassing.

It covers everything you'd want to know about a vacation destination, including food and drink, accommodation options and transport around the city.

And there's one area in which Krakow tops the scale.

Value for money! The average price of a hotel room is around $76 per night. Even better? A beer costs just $2.50.

But that's not the only reason for its popularity.

Alongside scoring a five-star rating for value, Krakow was no slouch in any of the other categories, including shopping, things to do, and how crowded the city seemed.

There's another thing the city is famous for.

Vodka. Fans of the spirit can enjoy a vast array of different varieties, including specilist vodka bars.

The food also gets top marks.

"Inexpensive restaurants are plentiful so book only accommodation and eat out at your leisure," writes one reviewer.

Aside from consumables, there's culture, too.

One of the most famous landmarks is the incredible salt palace - which even has an underground lake.

The whole city is pretty beautiful.

"With a palace on every corner and a plate of pierogi and a pint of pilsner costing under £10, it's no wonder Krakow continues to top our survey," offered Rory Boland, Which? travel editor.

But if you fancy a more out-there travel experience, scroll on to learn about the stunning island from the Philippines which continues to be voted the best in the world.