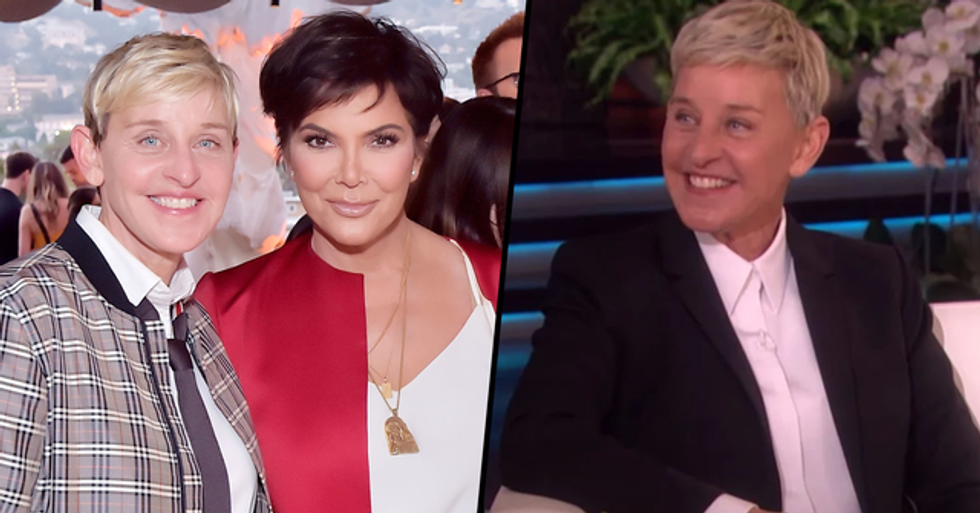 Amid the devastating allegations against the infamous talk show host, Ellen DeGeneres, a handful of celebrities have spoken out in her support... And now, Kris Jenner is the latest to stand up for the disgraced host.

Where do we even begin with the Ellen DeGeneres scandal?

Now, this doesn't come as too much of a surprise to most of us...

Because, for years now, rumors about Ellen's true personality have been rife. Though she has built her on-screen persona around being outspoken against injustice and generous to the needy, many people have claimed that, in real life, she is quite the opposite.

But, a couple of months ago...

And, in light of all this backlash...

Ellen herself has been forced to finally speak out.

Ellen wrote a later to her staff where she said that the culture behind the scenes was not a reflection of the values she started the show with, and vowed to do better in the future.

“On day one of our show, I told everyone in our first meeting that The Ellen DeGeneres Show would be a place of happiness – no one would ever raise their voice, and everyone would be treated with respect," the talk show host wrote in a letter to her staff.

Ellen went on to say that as the show grew, she was not “able to stay on top of everything. “

And “relied on others to do their jobs as they knew I’d want them done. Clearly some didn’t."

Shortly after Ellen's plea, her wife, Portia de Rossi then spoke out.

De Rossi, who has been married to the disgraced host since 2008, issued a statement regarding the allegations against her wife.

Many pointed out bots have had nothing to do with this scandal...

Since her wife's public display of solidarity, a handful of celebrities have spoken out in support of Ellen...

And now, the latest celeb to show her support is none other than infamous "momager", Kris Jenner.

Now, Ellen has been cosy with the KUWTK star for quite a few years now, so people weren't too shocked to see that Kris was voicing her support.

What did she say?

Well, she didn't actually say anything... She didn't have to.

Which, in today's day in age, is as good as releasing a statement, isn't it?

For more on the controversy surrounding the talk show host, keep scrolling to read about the time she was spotted out with George W. Bush...